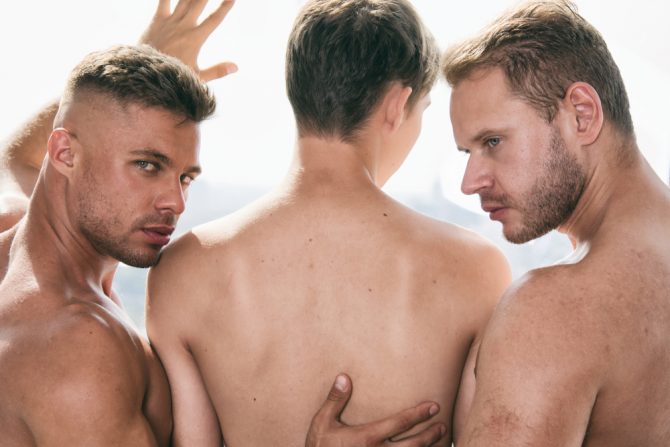 It might seem appealing — convenient even! — to have a roommate with benefits. But judging by the anecdotes on Reddit, such arrangements can make for some hostile home environments.

Reddit users discussed the prospect after one guy asked, “Roomies as f*ck buddies, yay or nay?”

Related: He let his straight roommate bang him, now he’s giving him the silent treatment

“Could get weird if things go south,” one person replied. “Pun fully intended and not intended.”

Another wrote, “It didn’t end well for me.”

A third commenter cited the “Don’t sh*t where you eat” adage. “Separation in life is a good thing,” he explained. “Keep things simple.”

“This,” someone else chimed in, praising the above comment. “The same reason you don’t get involved with co-workers. Things will always get complicated when you set up a complex situation.”

Another commenter, meanwhile, offered a possible (if not practical) solution: “First week yay, then just leave the city.”

But not all the commenters were naysayers. Some could see themselves as DTF with roomies.

Another also voted “yay,” but added that he “just never had a roomie hot enough.”

Related: 10 Signs Your Roommate Might Actually Be Your Boyfriend

On a thread from earlier this month, some Redditors posted success stories. “Hooked up with one of my housemates in college for a couple years and past college for about a year,” one revealed. “He actually ended up getting married to one of our other roomies (female) that I had also messed around with. They’ve been married for about 28 years and had three kids. They’re still good friends and we see them every couple of years.”

Another said he and his roomie had always had a “level of chemistry” between them. “Slept with each other one drunken night after an argument to make up and he is now one of my closest friends,” he wrote. “Just don’t be weird about it and it won’t change anything.”