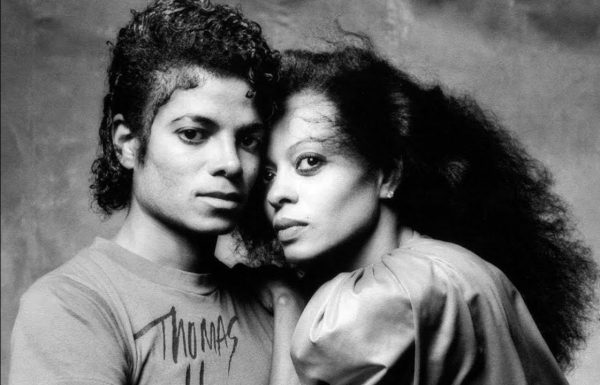 The fallout from the Michael Jackson Leaving Neverland documentary continues…

In the inflammatory HBO doc, the late singer is accused of sexually abusing former child stars Wade Robson and James Safechuck when they were children.

Director Don Reed has described the four-hour film as a “study of the psychology of child sexual abuse, told through two ordinary families who were groomed for 20 years by a paedophile masquerading as a trusted friend.”

But not everyone has been so quick to jump on the burn MJ bandwagon.

On Friday, Jackson’s longtime friend and occasional collaborator Diana Ross tweeted, “This is what’s on my heart this morning. I believe and trust that Michael Jackson was and is A magnificent incredible force to me and to many others. STOP IN THE NAME OF LOVE.”

This is what’s on my heart this morning. I believe and trust that Michael Jackson was and is A magnificent incredible force to me and to many others.
STOP IN THE NAME OF LOVE

You’re aff yer heed. He’s a paedophile who should have been imprisoned a long time before he died. Would you have been tweeting this if he’d been a plumber…oh sorry you’d have had no idea who he was then would you?

Oh look, #DianaRoss is trash too. Good to know. Celebrities keep showing their ass. Let me say this one more time: MICHAEL JACKSON WAS AN ABUSIVE PEDOPHILE. If u defend or deny his actions cause you were his friend/a fan, you are complicit in the sexual abuse of children.

he was also a magnificent and incredible child pumper

I’ve always loved & respected you. You realize a person can simultaneously B 2 things at once? He can have been the person you knew&loved & a dangerous, abusing, pedophile too? They hide in plain sight. Fact:people of your generation protect abusers=why we are where we are?

I was a big MJ fan. Totally disgusted by him now. The documentary is a tell all of who he really was!!!

Oof, girl. Not a good look.

In other words “he didn’t hurt ME so I don’t care what he did to anyone else.” Gross.

EXCEPT he was a pedophile and his so-called generosity was called, “grooming.”

Paris functions pretty well, but not his two boys. I could well be wrong, but I’m concerned they were victims as well. If not by Jackson, perhaps whomever molested Jackson when he was young.

Is Diana Ross drinking the Jesus Juice? She’s been shoved into the trash heap along with Babs. They knew. They have lost momentum with younger fans. Next up, apology tour.

No Diana, just no. Just because you knew and liked someone doesn’t mean they’re innocent. You saw him with those boys and never thought it was strange for an adult to not have friends his age? One of the boys was 7 when the grooming and abuse started! What’s wrong with you?

What a fucking bitch!

Ross’ relationship with MJ goes back all the way to the 1960s. Over the course of their 40-year friendship, they recorded and performed several songs together and grew to consider one another like family.

Jackson named Ross the secondary caregiver to his three children. And in his autobiography “Moonwalk,” he called her, “my mother, my lover and my sister all rolled into one.”

But not everyone is so quick to throw Ross under the bus for sticking up her old friend. Many have come to her defense:

Diana Ross knew Michael Jackson closely for 40 YEARS. She trusted him with her children and they adore him. He named her as a possible guardian for his children in his will. She has EVERY RIGHT to defend the man she knew now that
he cannot defend himself.
THANK YOU @DianaRoss. pic.twitter.com/dzBr6Lzgxn

What you’re not going to do is drag Diana Ross.

So let me get this straight, if any member of Michael Jackson’s family or closest friends (i.e., Diana Ross) speak out in SUPPORT of him, they’re in denial and showing blind loyalty, but the media and people who’ve NEVER met him are spot-on when they label him a pedophile? ?

You fake woke clowns can just sit ALL THE WAY DOWN. Don’t dare come for the Queen @DianaRoss for telling the TRUTH about her baby Michael Jackson. She knew this man before he was a man. A lot of you are nothing but a bunch of uneducated ignorant BULLIES. #FactsDontLiePeopleDo

Imagine knowing someone since they were like 5yrs old until they passed away at 50 & being told youre wrong about your thoughts & feelings about them & all because they say so. Exactly what theyre doing to Diana Ross right now.

What is happening to Diana Ross right now is precisely why more celebs have not spoken out in defense of Michael. They don’t want to be attacked or have their own reputations put in jeopardy. It’s a sad state of affairs that we’ve come to this.

Diana Ross has known Michael for more years than you’ve been alive. Y’all can just fuck off.

I have to laugh.

Who are you to talk to DIANA ROSS, one of the greatest soul icons of all time, about someone she knew for 40 years, like you know better? To tell her to shut up? Astounding level of disrespect.