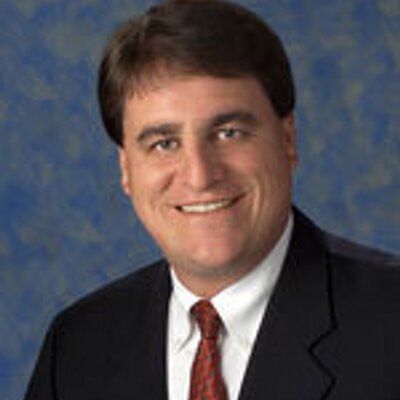 Jack Seiler, mayor of Fort Lauderdale, one of the most highly LGBTQ-populated cities in the world, is hosting a prayer breakfast led by one of the nation’s leading anti-gay activists.

Jim Daly, president of Focus On The Family, will lead the 55th Annual Fort Lauderdale Mayor’s Prayer Breakfast, on April 28, 2017.

Focus On The Family donates money directly to campaigns that battle LGBTQ equality and also to campaigns to elect anti-gay political officials. Focus On The Family also advocates for “conversion therapy,” including sponsoring the Love Won Out campaign, a traveling conference advocating “reparative therapy.” Love Won Out has since closed, and its director, John Paulk, issued a formal apology for the harm he inflicted upon the LGBT community.

This is not the first time Daly has spoken at the Mayor’s Prayer Breakfast in Fort Lauderdale. Daly led the prayer breakfast in 2008 at the invitation of then-mayor Jim Naugle, an event which drew protests from local activists.

Seiler is no stranger to the LGBT community. Before his current position in Fort Lauderdale, he was Mayor of Wilton Manors, the small city located within the Fort Lauderdale metro area, which has become the unofficial neighborhood for South Florida with multiple bars, restaurants and hotels catering to the community.

The Miami/Fort Lauderdale metro area in South Florida is also in the Top 10 for metro areas with the largest populations of LGBTQ people, according to a Gallup poll.

But at the same time hard-core homophobia is big business in South Florida, and there is a large population of white evangelicals, and this is likely the generally pro-LGBTQ mayor’s motivation for the invitation. Famed mega-congregation Calvary Chapel in Fort Lauderdale, listed as the 16th largest church in the United States, has a history of anti-LGBTQ preachings (although that may have slowed down after its founder resigned amid much scandal). Coral Ridge Presbyterian Church, located in the nearby suburb of Coral Ridge, has been credited with inspiring the modern religious conservative movement, after its now-deceased leader, D. James Kennedy, preached his self-acclaimed “Evangelist Explosion” and utilized hate speech when telling his congregation, as well as his millions of viewers of his Coral Ridge Hour television program, that homosexuality is akin to beastiality and child molestation.

According to the religious conservative web site, GoodNewsFlorida, Daly will speak on the topic of “unlikely partnerships.” The site reports:

Daly will share how he has practiced the call in scripture to love your neighbor. Even when people fundamentally disagree on one topic, Daly has discovered there are still areas where they can collaborate.

As president of a Christian organization dedicated to helping families thrive, Daly reached out to foremost gay activist Ted Trimpa, who has worked with The Gill Foundation to advance equal rights for LGBT people for close to 18 years, in hopes of gaining support to improve human trafficking laws in Colorado.  At the time, the state had a D rating for its gaps in legislation.

While the two men have different viewpoints when it comes to same sex marriage, they were able to work together to advocate for stronger laws combatting human trafficking in Colorado.

In early meetings they’d both start by saying, “You know you’re not going to change my mind when it comes to marriage,” and move to, “Now that we’ve got that out of the way, what can we do?”

Both said the move built trust and described it as a first step of many things they hoped to do together particularly where it concerns the stability of families and the betterment of children.

Daly challenges leaders to have the courage to reach out to those who are different from you,  know who you are, and you will find the call to love your neighbor becomes infectious.

We suggest the city of Fort Lauderdale dump this partnership by disinviting Daly now.

What do you think? Sound off in comments below…