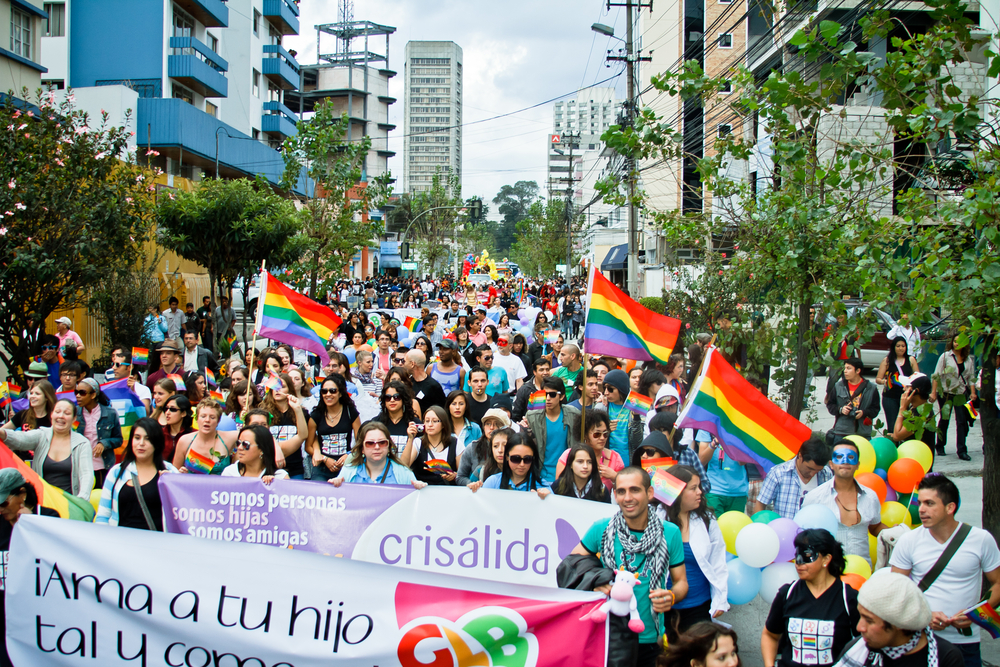 Yesterday, four-to-five members of Ecuador’s Constitutional Court voted to legalize same-sex marriage, signaling a cultural shift in the northwestern South American country of about 16 million people. But same-sex couples haven’t started tying the knot there just yet because the Court said the legislature needs to create laws to support the unions. Nevertheless, couples and allies have cheered the ruling.

Before now, same-sex couples in Ecuador could legally register their “civil union” and receive the same rights and benefits as straight married couples, but a 2009 law prevented same-sex couples from having their unions called “marriages.”

The Court’s ruling follows a January 10, 2018 ruling by the Inter-American Court of Human Rights (IACHR) — a court which oversees 20 countries spread throughout Central and South America — which stated that these countries must legalize same-sex marriage (or at least confer the legal rights associated with it). But the court neither laid out a deadline nor a method, leaving each country to legalize same-sex marriages in their own way.

Same-sex marriages are currently banned in both Bolivia and Paraguay and aren’t recognized in Belize, El Salvador, Guatemala, Nicaragua, Panama, Peru, Suriname and Venezuela. Also, same-sex sexual activity is criminalized in the Bahamas.

Right now, there’s no telling how long it will take for these countries to abide by the IACHR’s ruling, especially as evangelical and conservative political forces oppose LGBTQ rights in those countries.

And even after Ecuador begins legally recognizing same-sex marriages, same-sex couples in Ecuador still won’t be able adopt thanks to a single sentence in the country’s constitution that roughly states, “Adoption shall only be permitted for different-sex couples.” Single parents can adopt but are often de-prioritized in favor of heterosexual couples.