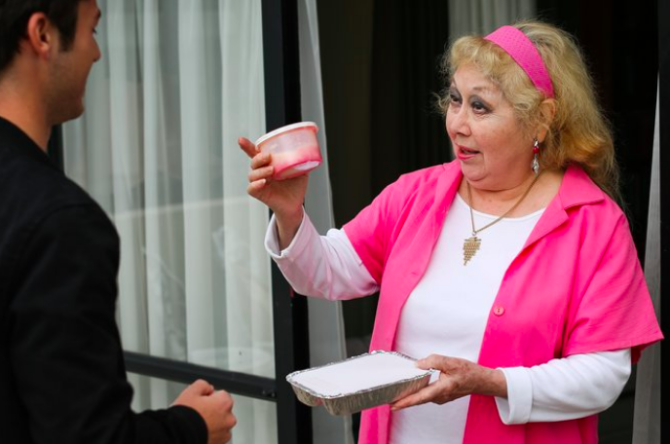 Meals on Wheels is a popular program that helps feed elderly and disabled people by providing them with healthy meals delivered to their front doors. But not everyone’s happy with the meal-delivery service.

The Sacramento Bee repots that at least one Meals on Wheels recipient in California is creeped out after she was asked about their sexual orientation and gender identity.

83-year-old Carol Alexander says she was totally offended by a recent phone call from Sacramento County’s Meals on Wheels program, asking her things like “What is your sex,” “Do you still associate with your gender,” and “Are you heterosexual?”

Apparently it has to do with the state’s LGBT Disparities Reduction Act which took effect in July.

“It is in the best interests of the state to respect, embrace, and understand the full diversity of its residents and to collect accurate data to effectively implement and deliver critical state services and programs,” it states.

A better understanding about diversity sounds like a damn good thing to us. Especially as the Trump administration considers narrowing the definition of gender to effectively define trans people out of existence.

David Morikawa, the program director for the area’s Meals on Wheels program, says the questions are totally voluntary and that a recipient’s services won’t be impacted if they chose to opt out of the survey.

“We just want to make sure we’re representing the people that are in our community,” he says.

But Alexander still thinks the whole thing is “stupid.”

“It just blows my mind that they have to do this,” she says. “I’m ticked off!”