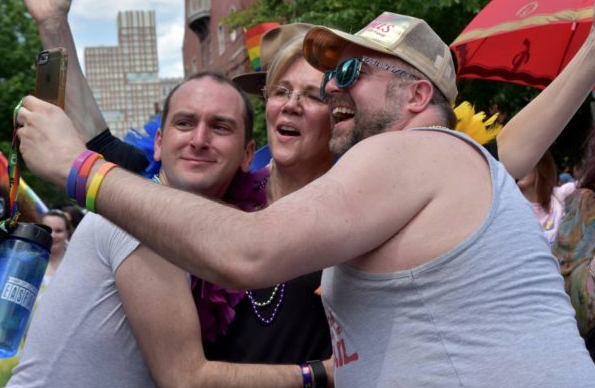 While the White House continues to remind everyone that it’s ‘National Homeownership Month’, Senator Elizabeth Warren of Massachusetts opted to take to the streets in Boston for that other thing that happens in June — Pride.

“I’m proud to be from Massachusetts, the state that leads the way for LGBTQ equality,” she wrote on Facebook. “And I’m proud to once again march in the Boston Pride Parade with BAGLY, a terrific group that empowers Boston LGBTQ youth. I’m in this fight all the way so that equal means equal and everyone is treated with dignity and respect. To everyone marching and dancing at Boston Pride and celebrations across the country: Happy Pride!”

In another photo caption, Warren let everyone know that, “I don’t march in the Boston Pride Parade. I dance.”

Scroll down for more photos of the adorable senator’s adorable day at Boston Pride: 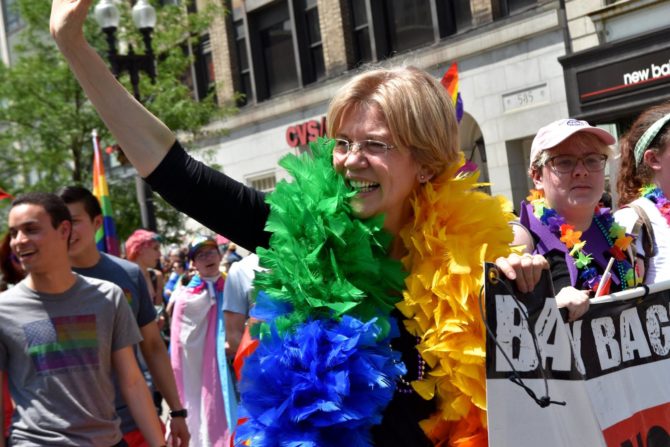 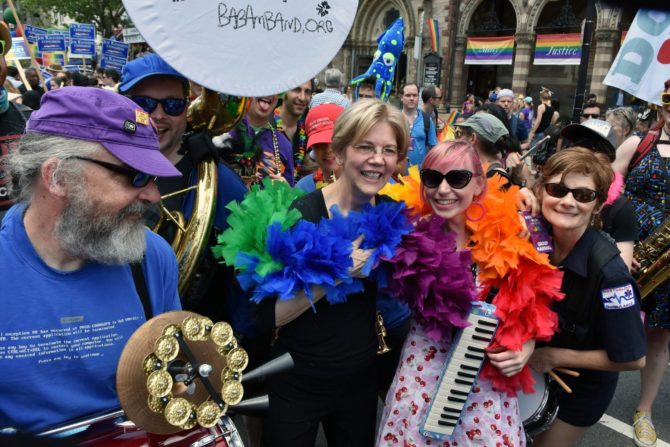 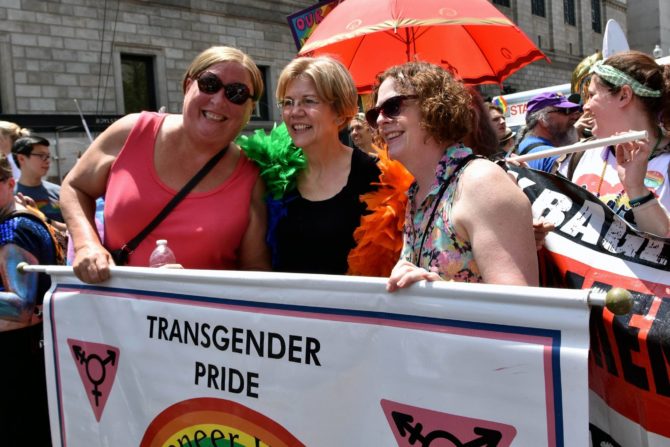 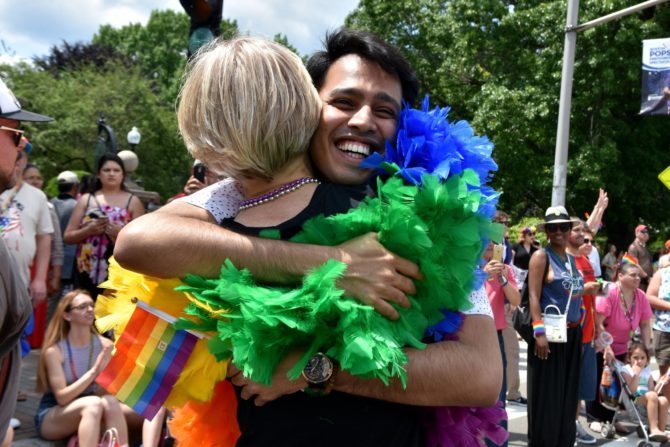 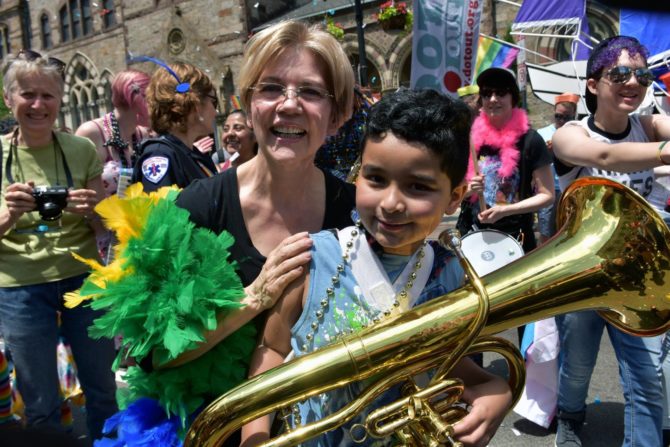 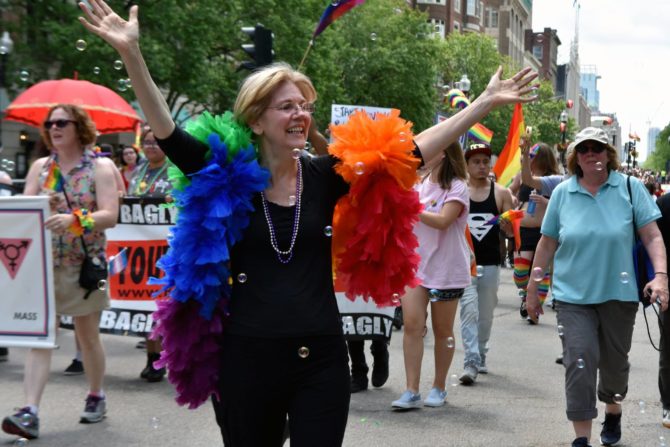 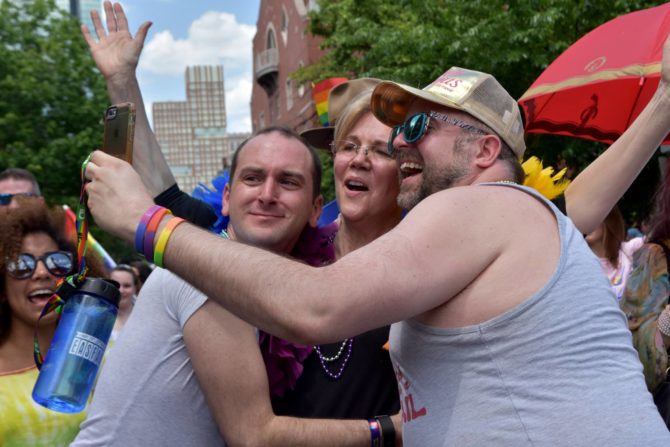 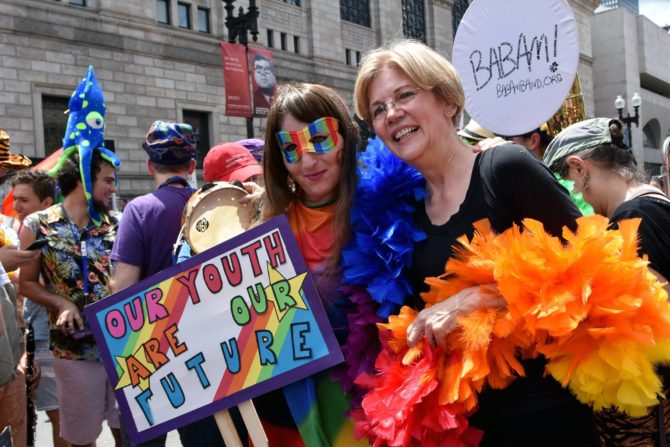 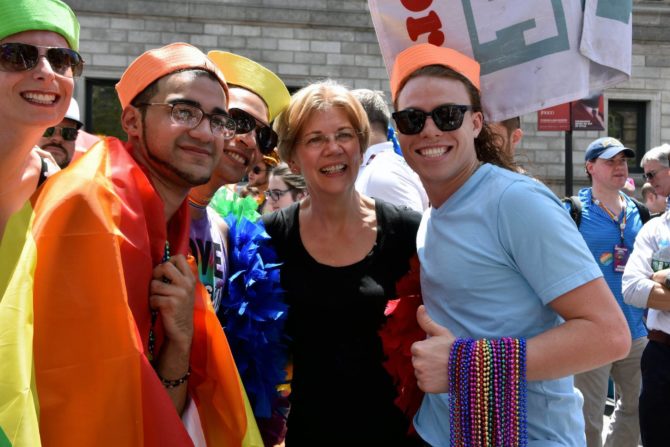 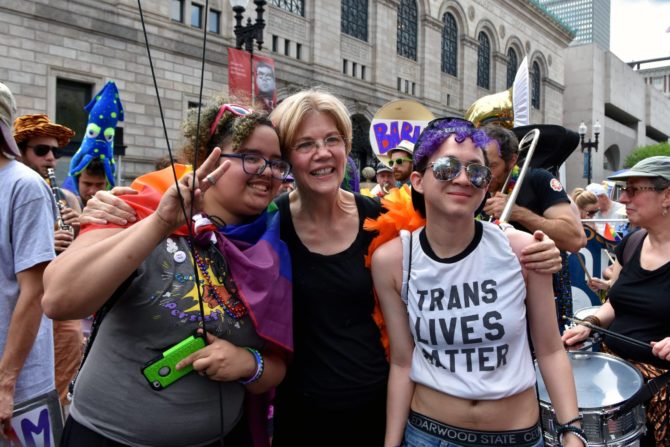 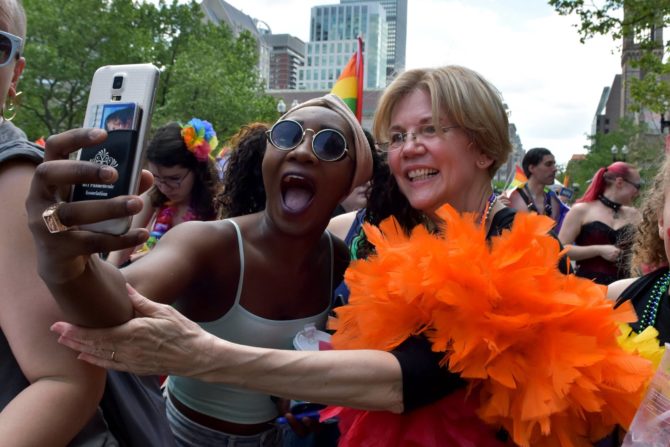