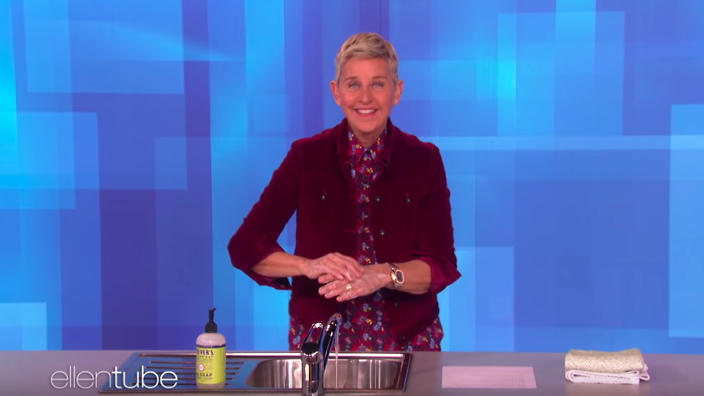 Embattled talk show host Ellen DeGeneres has announced the lineup of guests to close out the final season of her talk show. Behind the scenes, sources also say that she’s been actively working to improve the workplace.

DeGeneres has faced vocal criticism in the past two years for a toxic work environment on the set of her long-running show. Former employees have accused her of presiding over a series in which other executive producers of the show engaged in racial and sexual harassment, as well as hostility toward subordinate staff.

The funny lady responded by firing producers Ed Glavin and Kevin Leman and co-executive producer Jonathan Norman, as well as issuing apologies to the crew. Amid the backlash, she also opted to end the show and retire after this season.

Now, preparations for the final episodes are underway with Michelle Obama, Channing Tatum, Serena Williams, Gwen Stefani, and David Letterman, among others, all set to appear.

Deadline further reports that series insiders have seen a marked change in DeGeneres’ own attitude, and that the host will grant bonuses to employees based on the length of their tenures.

“A significant portion of the Ellen staff are old-timers,” the report reads. “30% of show employees have worked there for over 10 years; many for 15, and a few, including most executive producers, for all 19 seasons.”

DeGeneres, of course, is widely considered a queer hero and icon, courtesy of her coming out in 1997. Her career took an immediate hit, with network ABC canceling her sitcom. She rebounded several years later with an acclaimed hosting gig at the 2001 Emmy Awards and voicing a leading character in the Pixar film Finding Nemo.

Related: Ellen might be canceled, but let’s never forget all those times she kicked ass