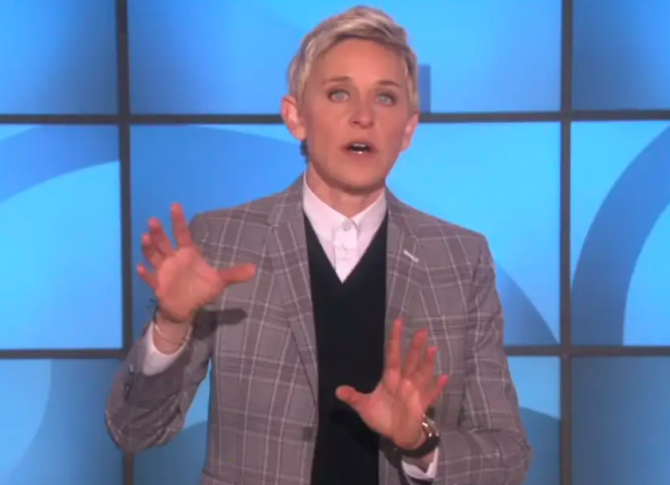 Is Ellen’s empire finally falling? We hope not! But things certainly aren’t looking good for the funny lady or her popular daytime talk show.

Multiple news outlets are confirming that WarnerMedia has launched an internal investigation into allegations of racism, fear mongering, and intimidation happening behind the scenes at The Ellen Degeneres Show.

Related: The Ellen Show’s future is not looking bright

The memo comes on the heels of recent unflattering reports about working conditions at the show. In April, Variety reported on the treatment of legacy crew members during the coronavirus lockdown. In mid-July, BuzzFeed published a report alleging racism and intimidation on the show.

A source tells NBC News that the investigation doesn’t involve DeGeneres herself, affirming, “It’s not about her, at all.”

A source close to production of “The Ellen DeGeneres Show” has confirmed to NBC News that Warner Media has launched an internal investigation into the show amid reports alleging a toxic work environment. @Miguelnbc has more. pic.twitter.com/fhYLrEqbwL

According to an earlier report by Variety, the alleged abuse happened by higher-ups in production, who basically threw the entire crew under the bus as soon as the coronavirus pandemic hit:

The core stage crew for The Ellen DeGeneres Show, consisting of more than 30 employees, received no written communication about the status of their working hours, pay, or inquiries about their mental and physical health from producers for over a month, said two sources, both of whom spoke on the condition of anonymity. Higher-ups in production would occasionally answer phone calls but reveal little, added one of the sources. The crew was further incensed by the show’s recent hire of an outside, non-union tech company to help DeGeneres tape remotely from her home in California. When production executives finally did weigh in, nearly all crew members were told last week to brace for a 60% reduction in pay, even as the show continues to air, according to sources close to the matter.

Related: The bad news keeps on piling up for Ellen DeGeneres

BuzzFeed News spoke to one current and 10 former employees on The Ellen DeGeneres Show, all of whom asked to remain anonymous, fearing retribution from the award-winning NBC daytime talk show and others in the entertainment industry. They said they were fired after taking medical leave or bereavement days to attend family funerals. One employee, who claims she was fed up with comments about her race, essentially walked off the job. Others said they were also instructed by their direct managers to not speak to DeGeneres if they saw her around the office.

Neither Warner Bros. Television nor “The Ellen DeGeneres Show” have issued any comment on the investigation.

But perhaps the most deafening silence is coming from Ellen herself, who has yet to address any of the controversies, including numerous accusations of mean behavior and bullying, that have plagued her in recent months.

Related: Ellen says she “misses” her staff after ex-employees accuse her of being secretly “mean”