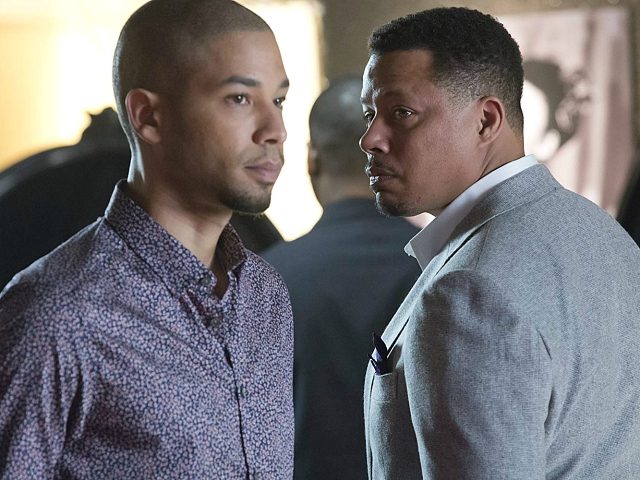 More fallout from the Jussie Smollett scandal. “Empire,” the very show that helped propel him to fame and which he later (allegedly) threw under the bus, just saw its ratings tank.

The hip-hop soap opera returned from winter hiatus on Wednesday, airing its first original episode since Smollett was arrested and charged with 16 felony counts of disorderly conduct, and it wasn’t warmly received by viewers.

According to Nielsen numbers, the show saw a major decline in ratings, pulling in a 1.3 demo rating and 4.412 million total viewers, which is way down from earlier in the season.

Wednesday’s hour was down 13 percent in both the demo and for the overall audience versus the fall finale, and down a heaping 35 percent in the demo and 29 percent in viewers from last year’s midseason premiere episode.

As a matter of fact, last night’s “Empire” drew the second-smallest audience and second-worst demo rating ever for “Empire.” The only episode to draw fewer “live” eyeballs (4.229 million) and a lower demo rating (a 1.2) aired on Halloween 2018, which makes sense, as people were celebrating the holiday and not in front of their TVs.

Meanwhile, the morning after episode aired, Smollett appeared at the Leighton Criminal Courthouse in Chicago where he entered a “not guilty” plea to all 16 felony counts against him.

The producers of Empire have already deleted Smollett’s scenes from the remainder of the season, and rumors abound that his role will be recast.

Smollett’s next court hearing is scheduled for April 17. If found convicted, he could face a potential 64 years in prison.