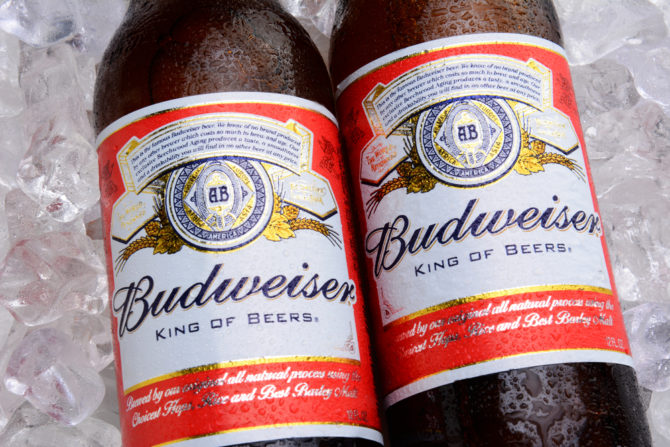 After Budweiser released a commercial during yesterday’s Super Bowl 51, chronicling the journey of Adolphus Busch, the beer giant’s founder who immigrated from Germany to the United States in the 1800s, Trump supporters immediately took offense. Apparently stories about immigrants of any kind–not just Muslims or Mexicans–are politically incorrect and should be banned.

Related: Did you notice the hidden message in Gaga’s SuperBowl halftime show?

The hashtag #BoycottBudwiser quickly started trending in response to the commercial, with many die-hard Trump devotees tweeting at the company about their disappointment in its pro-immigrant message. But what they didn’t seem to realize is that they spelled “Budweiser” incorrectly, forgetting the “e,” and totally killing their attempted boycott.

Never fear. Other people quickly noticed the typo and pointed it out.

Here’s how the Internet has responded to the alternative spelling…

Only in America can #boycottbudwiser be trending. The people who complain about pressing 1 for English can't even spell America's beer.

#boycottbudwiser is showing us this morning why public education is important. #notodevos

The #boycottbudwiser hashtag isn't a typo. It's just alternative spelling.

It's hilarious that Anheuser-Busch donated $539,749 to politics this year with 60% going to REPUBLICANS, but you want to #boycottbudwiser

Anybody stupid enough to boycott beer don't deserve to live in the greatest country on earth. #boycottbudwiser

The people who #boycottbudwiser will still drink #BudWeiser because they'll think it's two different things, like Obamacare and the ACA.

So who's fault is it that you can't even correctly spell #boycottbudwiser? Is it Obama? Fake News? ISIS? Mexicans? Black people? I'll wait.

Apparently those saying they will #boycottbudwiser were already boycotting proofreading.

So, people are going to #boycottbudwiser because their commercial depicted one of the founder's immigration story? Yeah, that sounds right.

Liberals march for justice and the right calls them snowflakes. Yet #boycottbudwiser is trending because a commercial hurt their feelings.