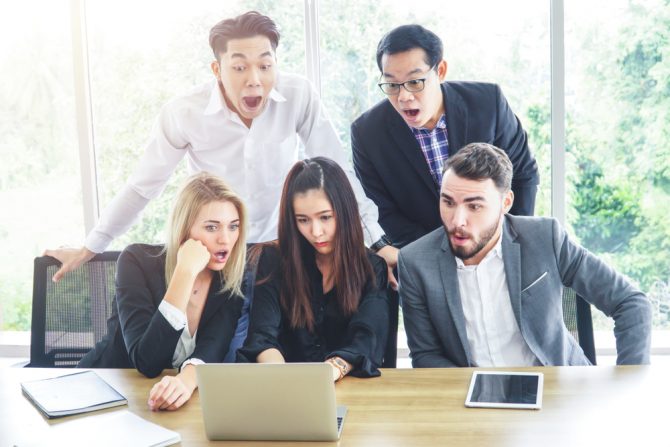 Offices can be weird places. People who otherwise have little in common find themselves in close quarters with one another, forced to interact on a regular basis, while maintaining a safe professional distance that keeps them relative strangers.

That’s what one guy wants to know. So he’s writing to advice columnist Sotya over at Slate for help.

He goes on to say that they work in a “relatively small workplace, so this got around quickly.” Apparently, even the boss might know.

The man continues, “I worry about how this is going to affect [my colleague] at work. At one point, I caught a couple co-workers sharing an image from one of the videos and joking about it, and I told them to stop.”

“The thing is I don’t think he has any idea that people know. Should I tell him? I don’t really care what he did when he was younger, and maybe he doesn’t care if people know, but I worry he will find out in an embarrassing way and it would be better if I told him privately.”

In her response, Stoya applauds the man for telling his co-workers to zip it about their colleague’s x-rated past.

“I haven’t worked in an office in a very long time,” she writes, “but their behavior seems clearly inappropriate.”

Stoya goes on to say that the man might consider pulling his co-worker aside and letting him know what’s going on. If he does this, however, he should be discreet about it.

“Let him know that you’re there if he needs an ally, or to talk, but also that there’s no pressure,” she writes. “Use the opportunity to offer support and companionship.”

“He might need friends he can be open with, or his dance card might be entirely full. Strike up a discreet conversation, and you’ll get a clear idea of how you can be supportive.”

What do you think he should do? Share your thoughts in the comments below…

still not getting it
28