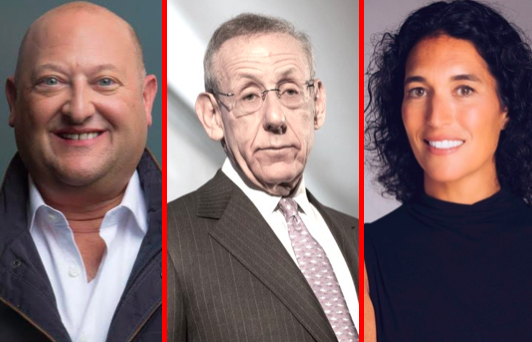 Execs at Equinox held an emergency phone meeting last Thursday with its sales and club-level management teams in an effort to mitigate the damage caused by Stephen Ross, the billionaire real estate developer who holds the majority stake in Equinox Fitness Clubs, cozying up to Donald Trump.

Unfortunately for them, they only seem to have made things worse. Because a transcript of the private company call had leaked online and it shows execs appearing to talk out of both sides of their mouths.

Over the weekend, Ross held a $250,000 per person fundraiser for Trump’s reelection campaign. Prior to the event, Equinox rushed out a statement saying Ross was a “passive investor” and promising that no Equinox money would be going to pay for the fundraiser, which ultimately raised over $12 million.

In the days since the Washington Post first reported Ross’s fundraiser for Trump, employees have called for protests and swarms of people have canceled their memberships, compelling Equinox president Scott Rosen and COO Judy Turchin to hold a call to assure employees with messaging of unity and company values. And yet, they attempted to do so while also defending Ross’s values and insisting he does not align himself with Trump.”

During the call, one employee explained to Rosen and Turchin why people were so upset about the fundraiser: “I know it’s not our views but this goes beyond just LGBTQ, it goes with children being put in cages, people being deported, children dying, mass murders happening because of rhetoric that [Trump] states.”

The employee continued: “The whole thing is that even though [Ross] is an investor, the money that people pay to Equinox still goes in his pocket, and they know that, and that is the problem. Equinox can say, ‘We don’t view this, we don’t view this,’ as much as they want, but the problem is that the money people are spending is enriching him, and he is giving it to this person that is really polarizing.”

To which Rosen replied… by defending Ross.

“I will tell you one thing: He’s actually a very good guy, he’s making a huge mistake here,” he said. “He actually doesn’t agree with a lot of what Donald Trump says.”

“I actually think he voted for Hillary. Not that it matters, because he’s maybe made a stupid move here and it’s not us. We define us.”

Rosen went on to say that “no [Equinox] money is going to reelect Donald Trump,” adding, “We are Equinox, he is not.”

Despite employees pleas otherwise, Turchin says the company will not release another statement to the public, though they admit on the call that their original response “did not convey they emotion and the passion that [they] feel.” Instead, Turchin says, “I’m calling on all of you leaders to speak from your hearts and speak your truth to the members as to why you work for this company and why you’re here.” Furthermore, there are also, as of now, no plans for Ross to be removed from Equinox’s board of directors.

Hmmm. Somehow we don’t think “speaking from the heart” is going to stop the bleeding on this one.

Related: Memers come for Equinox and its Trump-supporting owner