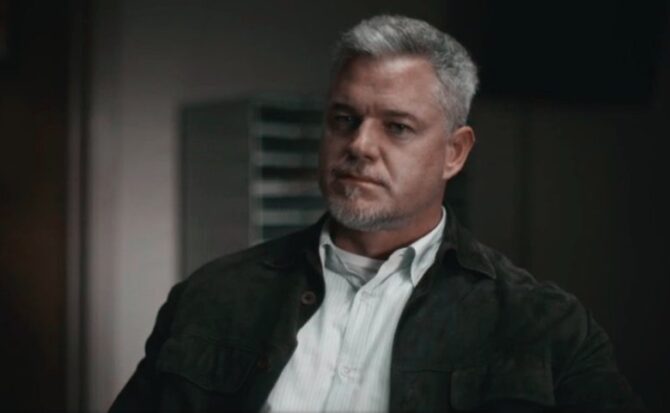 Eric Dane, the artist formerly known as “McSteamy” on Grey’s Anatomy, recently gave The Hollywood Reporter a very thoughtful statement on his experience playing a closeted queer character on HBO’s Euphoria and how he hopes it contributed to the LGBTQ+ community. Unfortunately for him, his character is not one that the community is looking to claim. Like, at all.

“I’m acutely aware that I’m a straight actor playing a gay character,” Dane stated. “I think I’ve lent [the gay community] a voice in portraying this character, and I hope that everything I do is sincere because I wouldn’t want to misrepresent something that’s so important.” Sweet, right?

Dane’s character Cal Jacobs hit Euphoria episode one as a closeted married man having sex with a trans minor and filming it without her knowing (Jules lied about being 18, but still). That was literally just the start.

In the series since, we’ve seen him traumatize his son into a sadistic (possibly also closeted) monster, get his *** beat by a middle-schooler named Ashtray, leave his family in a drunken tirade, and presumably get sent on his way to the big house. Now, we don’t have time to unpack all of that, but needless to say he’s not exactly the community spokesman of our dreams.

After his interview with THR went live, folks on Twitter certainly lent their voices:

Eric Dane: “I lent gay people a voice with this character”

The voice in question: pic.twitter.com/J1nSZCdpuE

Mmm no, his character is literally a minor abuser, nobody is identifying with that 💀💀💀

his character is a predator who does he think he’s lending a voice to pic.twitter.com/tLs4nDg2Jh

do they think cal jacobs is some type of revolution rep for gay people… WE DONT WANT HIM! https://t.co/vp53hJx90o

a voice??? dude you played a sex offender🥴

The gays are okay if a str8 man plays this role. Did he really think he was doing us a service by playing this character? pic.twitter.com/qKLcmmuBtv

me after reading this pic.twitter.com/6iUzqJ5zyN

alright let’s pack it up pic.twitter.com/jxKfIF0jee

To be absolutely fair: Cal Jacobs’ character was given a pretty moving, tragic gay romance backstory last year in the episode “Ruminations: Big and Little Bullys”, which was lauded on Twitter at the time and has come to be one of the highest rated episodes of the series on IMDb.

With that storyline probably in the fore of his mind for this character, it’s understandable that Dane would think he could have a positive impact on the community. That said, it’s pretty clear that many fans think he’s dead wrong on that one.