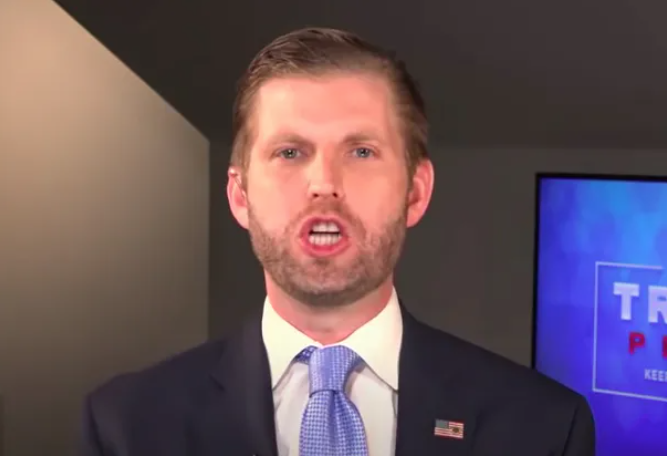 File this under: News that will not shake the world.

Eric Trump has said he and his family simply weren’t “smart enough” to collude with Russia during the 2016 presidential campaign.

In an upcoming interview on NFL quarterback Jay Cutler’s Uncut podcast, Donald Trump‘s second son says the family was too clueless to have done what many have accused them of. We’re not sure that’s a very valid defense, but we definitely believe him on the first part.

“We weren’t smart enough to collude with Russia,” he said.

“Jay,” he continued, “I remember walking up to a caucus in Iowa saying, you know, I looked at this young staffer and I go, ‘Hey, do you know what a caucus is?'”

Eric is currently an executive vice president of the Trump Organization, but judging by these statements we can only assume he’s not expected to make any big decisions.

One thing he does know how to do? Steal money from kids with cancer.

In 2017, Eric’s charity, the Eric Trump Foundation, was accused of funneling $1.2 million worth of donations intended for St. Jude Children’s Research Hospital into his family’s golf courses. The foundation also allegedly funneled another $500,000 into other charities connected to Trump family members or interests.