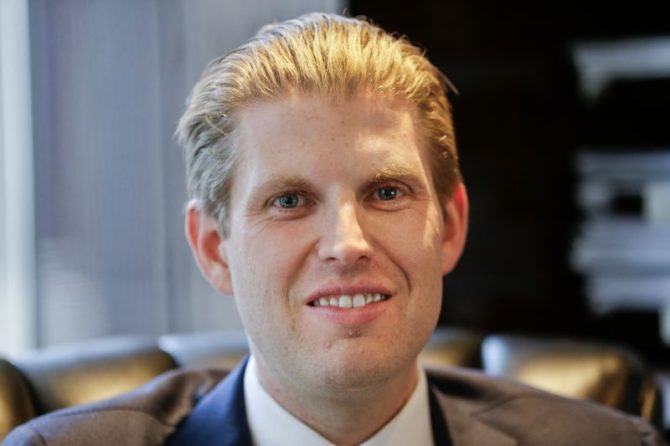 After awkwardly coming out on Fox News yesterday, Eric Trump now says he’s not actually “part of” the LGBTQ community after all.

The confusion started when Trump was asked on Fox & Friends about his father’s LGBTQ supporters, to which he replied, “I’m telling you, I see it every day, the LGBT community, they are incredible and you should see how they’ve come out in full force for my father every single day. I’m part of that community and we love the man and thank you for protecting our neighborhoods and thank you for protecting our cities.”

Eric Trump: "The LGBT community, they are incredible. And you should see how they come out in full force for my father every single day. I'm part of that community, and we love the man." pic.twitter.com/hl51ftW8l2

After setting off a Twitter frenzy, Trump issued a statement to the New York Post clarifying that when he said “I’m part of that community” when talking about the LGBTQ community, he wasn’t saying he’s LGBTQ, he was saying he has friends who are LGBTQ.

“To clarify, many of our close friends are part of the LGBT community, which was the intent of my statement,” the 36-year-old said. “The left has taken that vote for granted for a long time and support from the gay community for my father is incredible.”

“As to me personally, as I think you know, I am a happily married man to my wife, Lara,” Trump continued, adding that he’s also not bisexual.

We’re so glad this has been clarified! Although, now we wanna know… Who are Eric Trump’s gay friends?