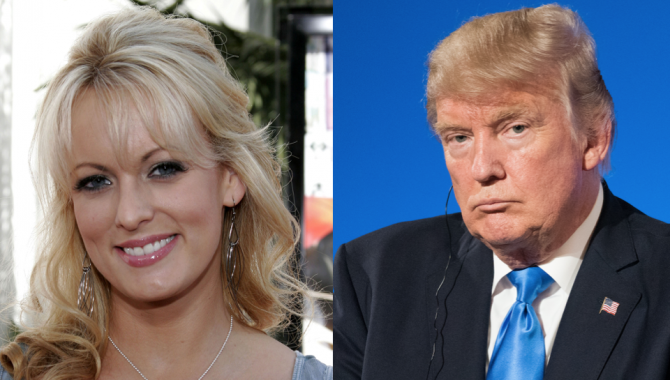 Nothing kicks off a political convention like the party’s incumbent candidate being ordered to pay $44K to an adult film actress.

A California judge decided Donald Trump is on the hook for Stephanie Clifford’s, aka Stormy Daniels’, legal fees regarding her nondisclosure agreement with the president.

California Superior Court Judge Robert Broadbelt filed the order on August 17, which was posted online on Friday. The fees relate to a $130,000 nondisclosure agreement entered into by Clifford and Michael Cohen, Trump’s then-personal attorney.

Clifford famously claimed to have had an affair with Trump from 2006-2007.

Related: Here’s how Trump gets away with his (alleged) extra-marital affairs

She sued the president in 2018 in an attempt to be released from the agreement; Trump’s lawyers responded out of court by pledging not to countersue or enforce the NDA.

Even though the court dismissed Clifford’s case as she’d effectively been released by the NDA, Judge Broadbelt still determined that Trump should reimburse her legal fees relating to the case.

Trump’s team tried to argue that because Trump himself had not signed the NDA, he was not responsible. The court saw it differently, noting that because Trump paid Cohen a $130,000 reimbursement for the nondisclosure agreement, he made himself a party to the deal.

Of course, Trump still denies the affair ever took place in the first place. He wouldn’t lie, would he?