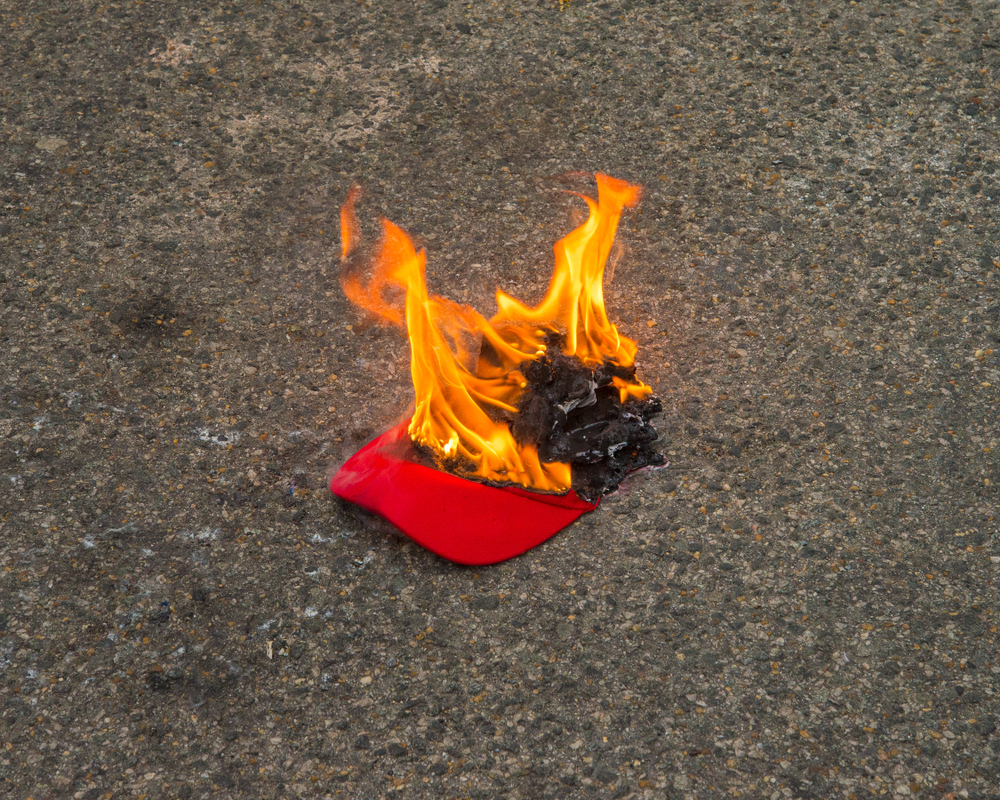 Bad news for Donald Trump. He may be losing the white supremacist vote (a.k.a. his bread and butter).

American Neo-nazi Richard Spencer announced this week that he will not be voting for Trump this November, saying, “Liberals are clearly more competent.”

In a series of tweets, Spencer, who doesn’t believe in same-sex marriage and thinks gay men are incapable of monogamy, said he will always cling to his bigoted beliefs, er, “fundamental principles,” but he will be voting for Biden because Trump is a “disaster,” then he encouraged others to do the same.

“The MAGA/Alt-Right moment is over,” Spencer tweeted. “I made mistakes; Trump is an obvious disaster; but mainly the paradigm contained flaws that we now are able to perceive. And it needs to end. So be patient. We’ll have another day in the sun. We need to recover and return in a new form.”

In a followup tweet, Spencer added: “I deeply regret voting for and promoting Donald Trump in 2016.” And in another, he wrote: “I plan to vote for Biden and a straight democratic ticket.”

I plan to vote for Biden and a straight democratic ticket. It’s not based on “accelerationism” or anything like that; the liberals are clearly more competent people.

But Trump’s loss is not necessarily Biden’s gain.

The former Vice President’s campaign wasted no time rushing out a statement telling Spencer thanks but no thanks for his unwanted endorsement.

“When Joe Biden says we are in a battle for the soul of our nation against vile forces of hate who have come crawling out from under rocks, you are the epitome of what he means,” Andrew Bates, the rapid-response director for the Biden campaign, tweeted. “What you stand for is absolutely repugnant. Your support is 10,000% percent unwelcome here.”

When Joe Biden says we are in a battle for the soul of our nation against vile forces of hate who have come crawling out from under rocks, you are the epitome of what he means. What you stand for is absolutely repugnant. Your support is 10,000% percent unwelcome here. https://t.co/86reJEoTCd

But while Biden may not have any interest in associating with members of the alt-right, his campaign is more than happy to welcome regular Republicans who don’t peddle racism, xenophobia, fear, and hate.

This week, over two-dozen former Republican members of Congress announced a “Republicans for Biden” effort to encourage GOP supporters to abandon Trump and vote for the former Vice President this fall.

A number of other prominent Republicans have voiced their support of Biden in recent weeks, including former Ohio Gov. John Kasich and former Secretary of State Colin Powell, who both gave speeches at the Democratic National Convention last week.