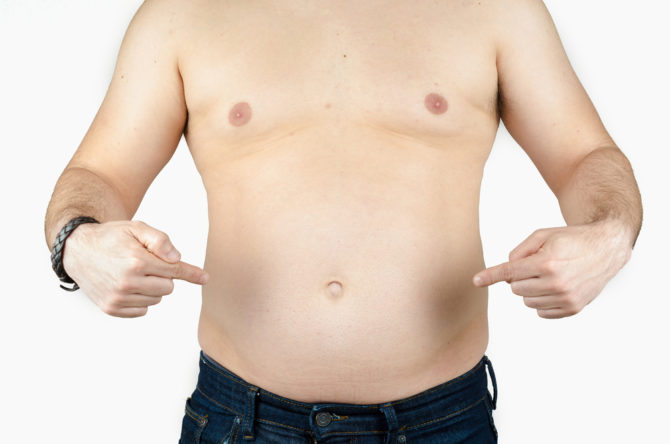 It used to be that women were the primary victims of society’s obsession with physical beauty, but in the spirit of equality, men too have become increasingly bombarded with images of masculine perfection.

For gay men, particularly, body image has always been a mounting source of concern, shame, pride, anger, dysmorphia and a host of other emotions tied almost exclusively to sexual identity.

We recently asked our followers on Facebook whether they had ever been body shamed, and, if so, how they responded.

Check out what people said…

“Some guy told me two weeks ago I was a ‘fat f*cking whale’ and that I was disgusting,” one person writes. “I would have been more offended if he said I was a bad person. My weight is a result of thyroid complications and as much as it has affected my confidence, it’s made me a stronger person.”

“When I was younger I had low self esteem,” another person comments. “I was already slim but felt the need to lose some weight. I lost the weight, my waist was 28 inches, and my overweight partner told me I needed to lose more to be attractive. I internalized my lack of self worth caused by that comment.”

“I had someone ask me in a staff catering meeting whether I always went for the cooked breakfast,” a third guy says.

But body shaming doesn’t only affect people perceived as overweight. Some folks said they struggle with feeling too skinny or underweight.

“‘I’ve been working out and eating like crazy to gain weight,” one person writes. “I’ve always been very lean. Female colleagues are constantly chastising me that I’m so lucky that it’s difficult to gain weight. People have different goals for their aesthetic. Mine is to gain weight.”

“I was too thin, too tall, not defined enough,” another person adds. “I found these sentiments in the LGBT community and at home from my family. I was called ‘Bones.’ I was so exited to gain 20 pounds.”

A third person comments: “As a kid a was very skinny and was bullied as a result. My mother alway said that beauty is skin deep, ugly is to the bone.”

Related: ‘You’re too skinny’: Body-shaming in the gay community works both ways

However, not everyone’s experiences have been quite so depressing…

“I’m a bear and I get body shamed all the time,” one guy writes. “It doesn’t really bother me though. Mostly body shaming is the last resort when you really have nothing to say.”

Another adds: “I was bullied in school because of my weight. When you reach a certain point you just don’t pay them any attention.”

“I use to let body shaming get to me,” a third person says. “But I’ve learnt you can’t be everyone’s cup of tea

??
And that most people who do body shame are the most insecure and clearly don’t deserve my attention!”

And then there is this:

All the way into my 40s I was compared to a Greek statue, now in my 70s, the body’s aged, but my sense of humor is still golden! When I get up and see my reflection in the mirror and Edward Scissorhands stares back, I’m just grateful I can still see!!!