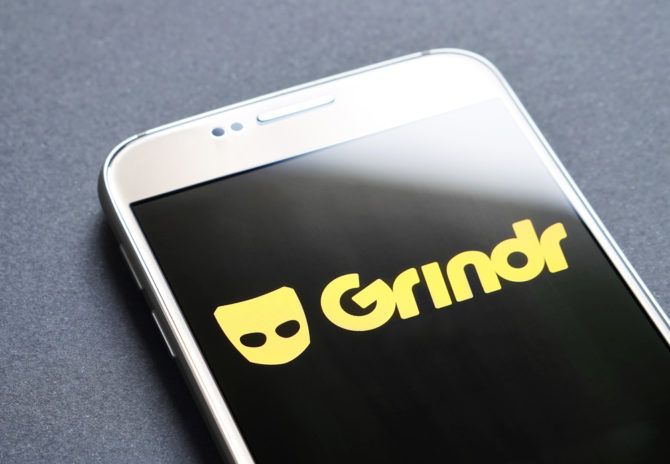 In the world of gay love, lust, and hook-ups, a few things are certain: There’ll be good guys, bad boys, and an abundance of Grindr clichés–lines so many of us have come to loathe and the guys who still insist on using them.

The three convene most frequently in profiles with pictures of landscapes, animals, headless torsos, or feet (a favorite in Eastern Europe), and a warning: No pic = No chat.

Sometimes people “tap” me, although they’ve written No taps in their profiles. I have no idea why anyone objects to harmless “taps,” but if you’re going to publicly denounce them, at least respect reciprocity enough not to use them.

The last time I called out someone for damning “taps” but “tapping” me anyway, he arrogantly responded, Yes, that’s just one of the paradoxes that makes me special.

Um, not so special. Boys, if you’re reading, do us all a favor and banish the following from your Grindr game. Maybe you won’t have to be up all night to get lucky anymore.

This is arguably Grindr’s signature query, and I’m convinced it annoys most everyone who isn’t desperately seeking a quickie. Guys ask even when it’s already answered in the “I’m Looking For” section of your profile. I take it further and make it the theme of “About me”:

looking for: a guy so handsome, so interesting, so kind, that I’ll want to look at him, talk to him, kiss him, and eventually, not immediately, have sex with him. a guy who, after he’s satisfied his curiosity about me, will actually want to see me again.

Clearly that’s not clear enough for some. I still have to ask because some guys lie in their profiles, boys occasionally respond when I call them out.

Rather than assuming your potential next hook-up is a liar, why not make the first move? Don’t ask, tell. I wouldn’t rule out meeting up with a cute guy who immediately makes it clear he just wants to screw, but never have I ever given the time of day (or night) to anyone who’s asked, Looking for?. He usually just wants to screw, too, but he’s doesn’t have the guts to come out and say so.

I’m not finished with this one. The aforementioned faceless guys aren’t the only ones who overuse it to frustrating effect. I’ve now read No pic = No chat in so many profiles with Insta-filtered face pics that I roll my eyes just as hard at them. It comes across as haughty and kind of beyotch-y, like they consider themselves the grand prize, and we must heed their rules to win it.

Look, it’s perfectly reasonable to want a face to go with that Hey. But if the words in the profile pique our interest, it takes only a few seconds to ask for one. Instead of potentially turning off guys who do show their faces (and not deterring ones who don’t from messaging anyway), why not exercise the delete/block option and leave ultimatums out of it? They’re so unsexy.

I know for a fact that I’m not alone in my hatred of this Grindr staple. I understand why it’s vital info to some, but do we even have to ask? Grindr profiles have a “Position” line where that information typically appears, so why go through the motions?

Just double-checking?? Seriously? In my experience, guys who are that obsessed with sexual positions usually aren’t that interested in foreplay, yet they expect to get a rise out of you just by showing up.

When someone pops this question, I don’t get mad, I get sarcastic.

Sometimes, they laugh and come clean:

Oh, for the good old days when “making conversation” was all about “What do you do?”!

Nobody likes a pic collector. I know. I’ve done the survey. Well, actually, I haven’t, but I have commiserated with plenty of guys who hate them as much as I do. I’ve also had people berate me for requesting a face pic before saying “Hello,” and then they ask me to show my c*ck.

There are plenty of guys willing to share nudes. I’m not one of them. But if you remain undecided after the fifth head shot, it’s time to move on to the next guy on the grid.

I refuse to believe that there is anyone in the civilized gay world who doesn’t realize how tacky this is. And like No. 5, the ones most likely to ask are the ones least likely to reveal anything about themselves (like what their faces look like).

Related: This heartfelt Grindr review is the best thing you’ll read all week