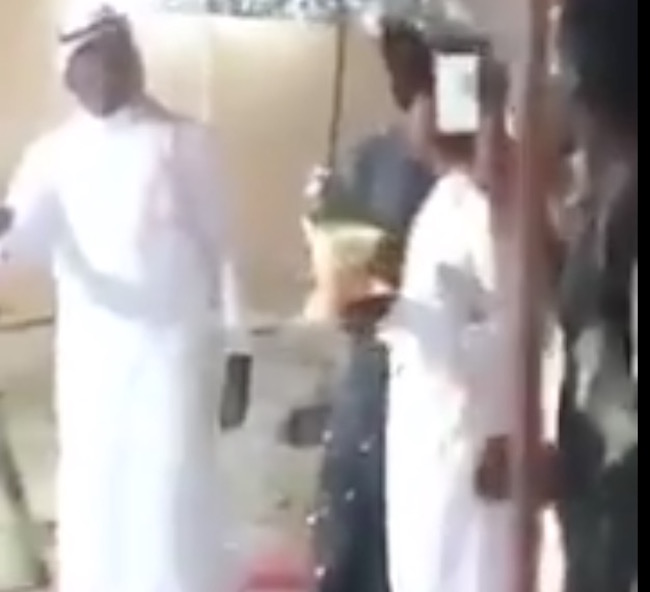 Everyone in attendance at a same-sex wedding last week was reportedly arrested in Saudi Arabia after a video clip of the ceremony began making the rounds online.

The clip — which went viral throughout the region last week and inspired scores of antigay messages on social media — features two men dressed in traditional Saudi attire and participating in what looks like a wedding ceremony.

They’re also saying the case has been referred to prosecutors, but haven’t actually named anyone in attendance at the wedding (nor have they stated what charges the attendees might face.)

Related: A botched photo of this gay couple at a wedding has delighted the Internet masses

“The man said people attending the event were surprised when a few young men entered the place and tried to perform a ‘gay wedding scene.’

After the crossdresser and other people involved in the incident were identified, they were all arrested and their case will now be referred to the prosecution.”

According to The New Arab, the wedding took place somewhere near Mecca and people who participated have been detained following raids.

Saudis were warned they must uphold the “morals and virtuous values ??of this blessed country”.

Various sources report the region is currently in the midst of a witch hunt, with authorities actively hunting down the men in the video.

The footage led many people to blame foreigners for the event, saying they spread “corruption”.

Meanwhile, many people suspect the clip is some sort of parody, since no reports of the wedding have been confirmed yet.

You can watch the footage here: