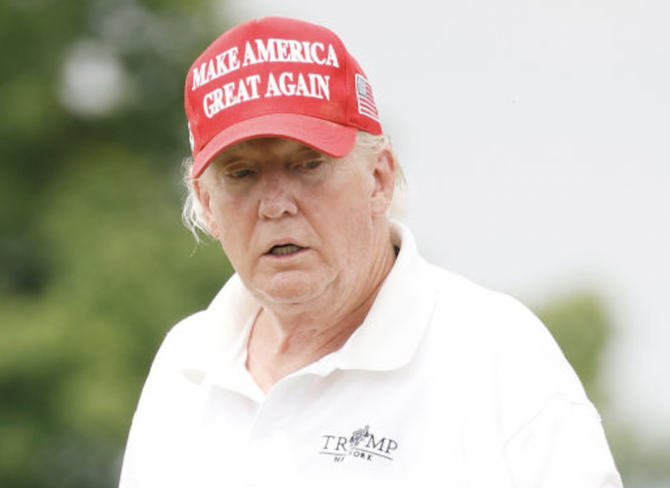 What do you do when you desperately need a lawyer but you’re an alleged career criminal/disgraced, twice-impeached ex-president facing multiple lawsuits and a potential federal investigation and you’ve burned every damn bridge imaginable?

It’s been a little over a week since the FBI searched Mar-a-Lago and reportedly removed 11 boxes of highly classified documents that were being illegally stored in a padlocked room in the basement, and the ex-president can’t find a single good lawyer to help him out.

Hell, he can’t even find a decent one.

“Everyone is saying no,” an anonymous source tells the Washington Post.

Another source adds that representing Trump would be way too difficult, pointing to his behavior in White House, specifically during the Mueller investigation, when he would constantly rage tweet from the Oval Office against his legal team’s advice.

Several others described him as a nightmare client and said they would be concerned about whether he’d pay them for their work or just hang them out to dry like he did with Rudy. (Giuliani, that is.)

Trump reportedly didn’t pay Giuliani the hundreds of thousands of dollars he owed him for trying to overturn the 2020 election, resulting in the ex-mayor having to lay off several members of his personal entourage and resort to recording Cameo videos and appearing on the Masked Singer to pay for his own mounting legal expenses.

So, who does the ex-president have on retainer, you ask?

Well, he’s currently being represented by Alina Habba, a New Jersey parking garage lawyer, and former One America News personality Christina Bobb, who can be seen in the video below:

A post shared by Attorney at Save America (@christina_bobb)

He is also working with Jim Trusty and Evan Corcoran, who his camp claims have “decades of prosecutorial experience and have litigated some of the most complex cases in American history.”

“President Trump is represented by some of the strongest attorneys in the country, and any suggestion otherwise is only driven by envy,” spokesman Taylor Budowich says.

We can’t imagine too many people being envious of a 76-year-old man facing an endless stream of legal woes, including an investigation into whether his company broke banking, insurance, and tax laws and engaged in fraud, as well as possible criminal charges from the Department of Justice for potentially violating three federal laws, including the Espionage Act.

He alone can fix it. He knows criminal defense law better than anyone. They said “sir, you picked this right up, you must have a natural talent for this”. He should probably just represent himself so it can be done right.

I remember one prominent NYC attorney’s reply when asked why he wouldn’t work for the Mango Mussolini: “Because he won’t pay and he won’t listen.”

You get what you pay for and apparently he doesn’t pay at all.

How many lawyers for Trump have been convicted, disbarred, or are currently being investigated for their crimes?

Not worth losing their law license.

I’m sure they can get him a public defender when the time comes.

Watch legal analyst Elliot Williams and former Deputy Director of the FBI Andrew McCabe talk to CNN about the situation and all the potential charges Trump could be facing below: