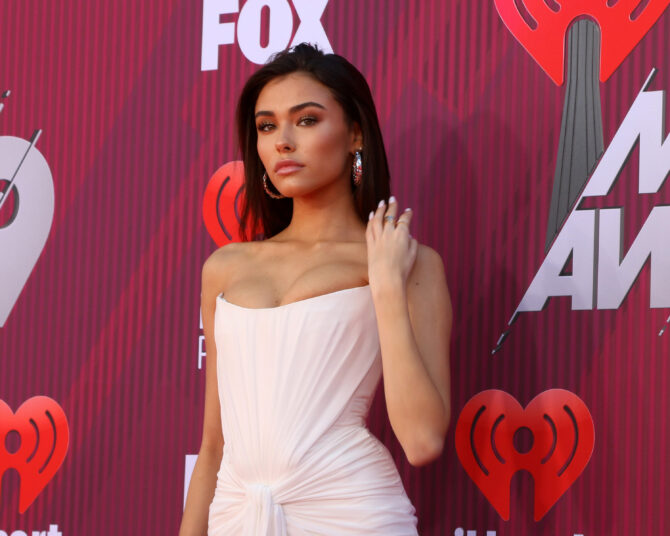 In the short span of her career, Madison Beer has weathered enough “controversies” and speculations for a lifetime. Between being misinterpreted as seemingly romanticizing Lolita, fielding baseless accusations that she allegedly staged a photoshoot at a Los Angeles protest following the killing of George Floyd, or facing rumors of lying about plastic surgery, she’s definitely been put through the wringer.

But still, the “Dear Society” singer continues to remain open and honest about her struggles with her mental health and the rigors of fame. In fact, Madison Beer often goes on Instagram Live and TikTok to answer fan questions – even ones about her sexuality.

But if you’re a new fan or if you don’t follow her on social media, it’s easy to lose track of everything going on with the busy artist’s life. So here, we list down some facts we think every fan should know about the singer, including the answer to the question “Is Madison Beer bisexual”?

RELATED: 10 new music videos from queer artists to jam out to all day

Who Is Madison Beer?

Madison Beer is a 22-year-old singer and songwriter from Long Island, New York. Her parents are estate developer Robert Beer and interior designer Tracie Beer. She has a younger brother named Ryder.

She shot to fame after Justin Bieber tweeted her cover of the Etta James song “At Last”. At the time, she was just a 13-year-old girl posting covers on YouTube. Not too long after, Scooter Braun, who was also managing Justin Bieber at the time, took Beer under his wing and got her to sign on to Island Def Jam Records. It was under Island Records that she released her debut single and music video, “Melodies”.

Unfortunately, she didn’t stay with Island Records for very long. At 16 years old, even before she got to complete her first album, she was dropped by Bieber’s manager and the label after she resisted being boxed into the pop genre. She remained independent for a couple of years with only her mom to manage her. But in that span of time, she persisted and released a debut EP As She Pleases, along with the single “Dead”, which reached certified Gold status.

Finally, in 2019, she got her big break and signed on to Epic Records. A year later, she released her debut studio album, Life Support, which was met with positive reviews from critics and fans alike. The album’s lead single, “Selfish”, became a viral hit on TikTok.

Her music career trajectory and popular songs aside, who is Madison Beer? Here are some interesting facts about the singer-songwriter:

Madison Beer Has Done Voice Acting For League of Legends

In an interview with Wired, she shared that one of her most memorable moments as an artist has been performing live in South Korea for the League of Legends World Championship.

What’s even more ironic is that she shares the same name as a beer company in Madison, Wisconsin. In the same Wired interview, she shared that she had to buy the Twitter handle from the company.

Her Favorite Movie Is Fight Club

In her EP As She Pleases, she has a song called “Tyler Durden”, where she sings “I’m in love with Tyler Durden / That’s why this shit ain’t never / working for me/ I’m in love with a fantasy”. Among many tattoos on her feet, she also has one of Marla Singer’s phone number.

Madison Beer’s first taste of fame was a cover story on Child Magazine, which she got after winning the competition.

In an interview with The Sun, she’s opened up about her “dream role” to play a “murderer in a horror movie”. She cited The Orphan as one of her favorite films. However, she said she doesn’t want to play a character who gets killed. “I want to be like the psycho”, she told The Sun.

“I was going through genuinely a really, really tough time when we were creating this album”, she told NME. “I had just been diagnosed with borderline personality disorder, and I was in and out of a lot of dark mental states, and I was in therapy three times a week”.

She continued to say she was in a “really, really dark […] place” and that she “wanted to genuinely die”, but the team who was working on the album with her had been so supportive throughout the whole process that it became like “another form of therapy” for her.

She Has Spoken Up About Having Her Nudes Leaked

Madison Beer is no stranger to controversy regarding her sexuality. Back in March of 2020, the singer revealed via Twitter that a boy she used to date had leaked private Snapchats she took when she was 14 years old.

“I do wanna talk today on International Women’s Day on the subject of shaming women,” she wrote. “I sent these [photos] at 14, thinking I could trust the boy as we had known each other for years…but of course, he shared it with all of his friends. Eventually, that video was sent and shared by everyone (it felt like) in the entire world.”

The social media leak, she said, affected her relationship with her family as well as had “professional consequences” as the videos reached her parents, grandparents, and music executives. “People were ashamed to be working with me.” But that’s not the most shocking part. The same guy had leaked her nudes again on her 21st birthday.

“All these years I’ve had perpetual anxiety”, she continued. “I’ve been in the dark and fearful of this Snapchat reemerging as if it was a dirty secret…so today, on[ International Women’s Day], I am going to free myself of this weight I carry”.

At that point, though, it still wasn’t clear if Madison Beer was bisexual because in the same video she also said that she “wouldn’t categorize myself as straight because I think labels are really weird”.

However, in a March 2020 TikTok live stream, she put the rumors to bed by stating that she does identify as bi. “‘Are you bi?’ Yeah, I came out like four, three years ago…I am bi, always have been, it’s nothing new”.

Despite all the ups and downs of her career, Madison Beer has taken everything in stride – even learning to make an album about one of the most difficult moments of her life. She’s open and honest to her fans, even on difficult topics like nude leaks and her sexuality.

If you are dealing with depression, anxiety, or suicidal thoughts, or are worried about a friend or loved one, the National Suicide Prevention Lifeline is free, confidential, and available for everyone. Call 1-800-273-8255 or visit the website to get in touch with a professional.

RELATED: Of course Todrick Hall is being a sore loser over ‘Celebrity Big Brother’ and Twitter is going nuts