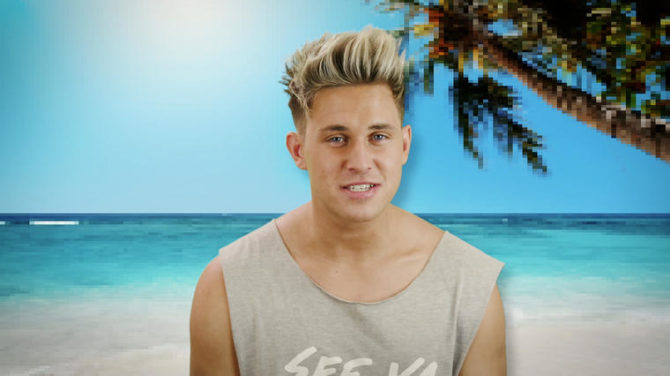 The drive for attention run strong in the cast of MTV’s Ex on the Beach.

First it was Brandon Meyers. Then Sean Pratt.

And now Marty McKenna has taken a play from the cast handbook and done something so ridiculous we find ourselves writing about it.

Maybe that says more about us than him, but we’ll stick a pin in that thought while we show you this…

McKenna was filmed approaching a DJ at a club and saying something in his ear. Was he requesting a song? Sharing his favorite cranberry scone recipe? Reciting lines from Henry VIII?

We’ll never know for sure, but here’s what we do know: His…uh…beach umbrella was on full display.

We really hope the DJ was in on this “joke.”

Have a good weekend. We’re out.