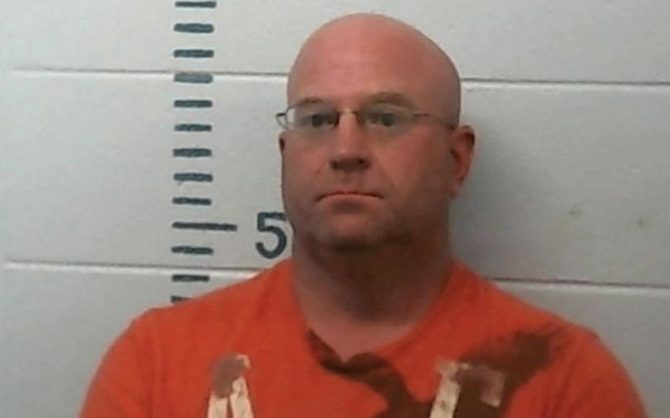 An ex-cop from Missouri will spend the next seven years in prison not for having sex with a 17-year-old boy, but for taking nude pictures of him.

47-year-old Justin Watson was working as a highway patrol trooper in south-central Missouri at the time of the offense. He also umpired baseball games at Mountain View Liberty High, which is where he met the 17-year-old.

Under Missouri law, the legal age of consent for sex with a 17-year-old. Taking nudie pictures, however, has to wait until a person is 18.

There is another Missouri law that outlaws school employees and volunteers from engaging in sexual contact with students.

Because of this, Watson faced a potential 20-year prison sentence.

Prosecutors recommended a 12-year sentence for “grave abuse of the defendant’s position of power”. Meanwhile, Watson’s attorney, Brian Risley, asked for something closer to the federal minimum, which is five years.

Risley argued that the relationship between Watson and the 17-year-old was consensual and that Watson immediately took responsibility for his actions by pleading guilty.

But Judge Doug Harpool was unmoved, calling the case “complex and peculiar” and voicing his disapproval of a 40-something man sleeping with a 17-year-old boy.

“Photographing sexual activity by people who are minors under federal law is not something that can be tolerated,” the judge said.