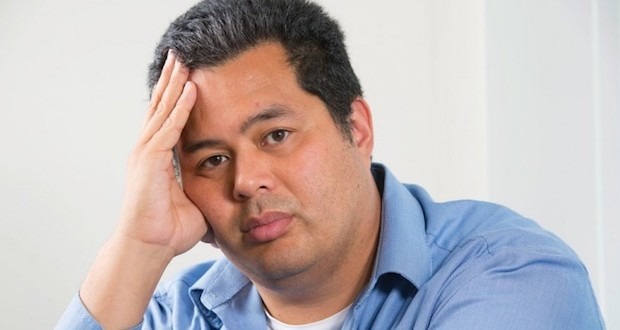 A professor from a Christian university in Texas says he was fired from his job after he refused to stop talking about homosexuality at work.

Robert Oscar Lopez, who has identified in the past as both a “former homosexual” and an “ex-gay bisexual,” says he was let go from his teaching job at Southwestern Baptist Theological Seminary last week because he couldn’t, er, wouldn’t stop talking about gay stuff.

“I was let go after preaching the Gospel and talking about sex abuse and sexuality,” he alleges to Capstone Report. “I was preaching publicly that with the help of Jesus Christ people could overcome homosexuality, and I was discussing same-sex sex abuse.”

In the past, he has compared gay parents to slave owners and same sex adoption to “the cultural genocide practices once used against blacks and Indians,” called the LGBTQ rights movement “an engine of world-historical evil,” and falsely claimed that “a very large percentage of gay men have chronic PTSD that one would expect of rape victims.”

In September, Lopez says he met with administrators at Southwestern, who instructed him that if he wanted to remain employed at the seminary he would need to dial back his rhetoric on homosexuality. Apparently it was getting to be too much, even by homophobic Southern Baptist standards, which, honestly, says a lot.

“I stated that the demands from the Seminary violated my conscience and would force me to disobey God,” Lopez explains “I was told that if that was the case, I had to resign. I refused to resign.”

So they fired him. Last week, Lopez received notice that he was being let go from the undergraduate program.

“Any true believer in Jesus Christ expects pushback from unbelievers,” Lopez whines. “What we don’t expect is pushback from people who claim to uphold and teach the very principles clearly presented in the Bible.”