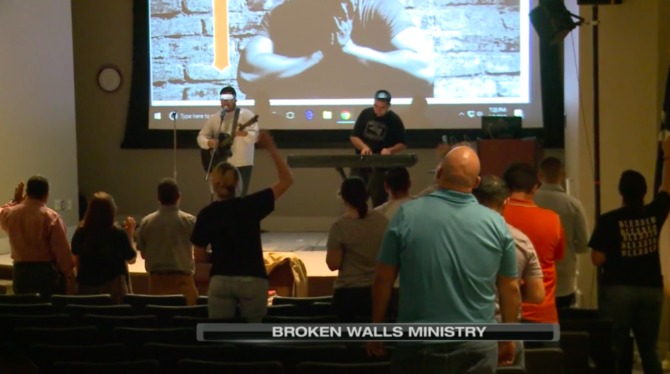 The Broken Walls Ministries is an “ex-gay” group founded by David Alvarado, who claims to have dispensed of his LGBTQ lifestyle “through the power of god.”

This week, Alvarado’s ministry hosted a little rally at Texas A&M International University in Laredo, Texas. The event was billed as a Q&A session titled, “Can Homosexuals (LGBTQ) Change?”

The conservative-leaning Laredo Morning Times reports that an impressive 45 people showed up for the event. But a screen grab from local station’s KGNS-TV‘s report—as well as in a photo from the Morning Times’ own article—the crowd appears considerably, um, smaller. 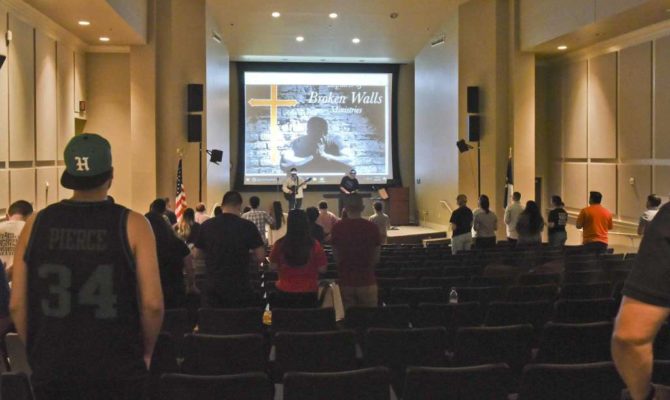 Not only that, but Out Smart Magazine notes a campus Pride event organized in response to the “ex-gay” rally appears to have attracted more people. In fact, it was standing-room only: 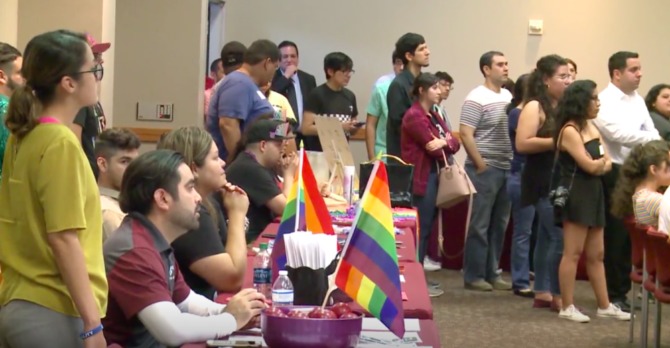 And a petition calling on the university to cancel the “ex-gay” event drew an even greater response, gathering 400 signatures.

Now, you may be wondering why Texas A&M International University allowed this “ex-gay” event to happen on its campus in the first place?

According to university president Pablo Arenaz, the university likes to think of itself as a place where people of all groups can “exchange ideas.”

Oh, also, the college relies on the money it receives from renting out its facilities to third-party organizations. 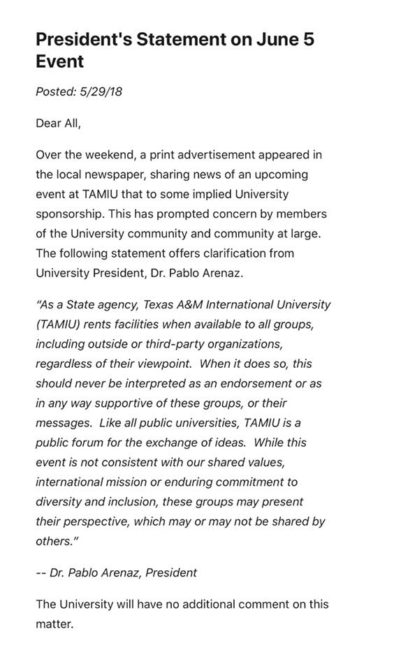 What do you think? Does this look like 45 people to you? Take our poll below.