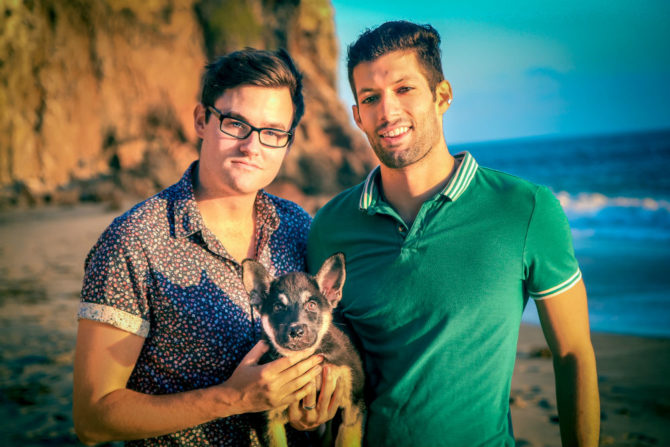 Although bisexuals make up so much of the LGBTQ community, bi people still remain one of the most under-represented groups in media and culture.

In one of his latest videos, bisexual YouTuber RJ Aguiar examines this lack of bi representation. He even takes on Dustin Lance Black and the recent TV mini-series When We Rise.

Here’s what RJ wrote in the video’s description:

Bi representation is a tricky thing. First of all, it’s hard enough to even find bisexual people in movies, TV, books, music, and so on. We’re the single largest portion of the LGBTQ+ community, but one of the most underrepresented in media. But that’s just where the problems begin, because it can sometimes even be unclear as to what constitutes bisexual representation. Case and point: When We Rise. It’s a wonderful series that chronicles moments throughout the LGBT Rights movement. The series creator, Dustin Lance Black, claims he included bi people in the series, but many members of the Bisexual community beg to differ. So who is right? Well, to understand the answer, we’ve got to actually examine the issue of bi visibility and bi erasure. Despite contributing to the culture and heritage of the LGBTQ+ community, we’ve largely been erased from the history books. So people think that bi history exists as its own thing. Furthermore, many people think that merely having a character show interest in more than one gender constitutes bi representation. But allow me to explain the issue with that thinking, and why myself and other bi activists keep repeating the line “SAY THE WORD!”

What do you think about RJ’s takes on the topic? Watch the full video below and share your thoughts in the comment section.