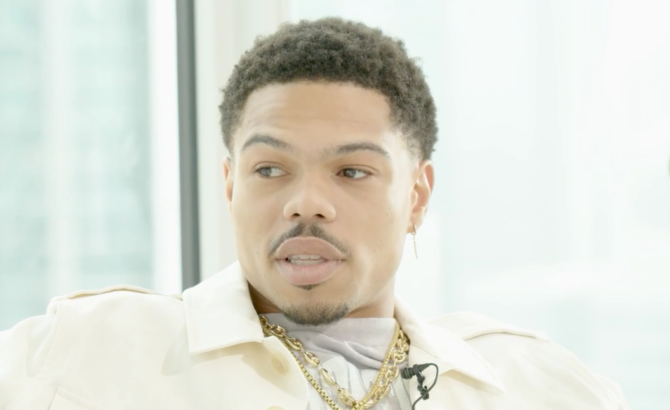 In 2017, Chance the Rapper’s little brother, Chicago-based rapper Taylor Bennett, revealed that he is bisexual the day before his 21st birthday on Twitter.

“My birthday is tomorrow & moving into next year I’d like to be more open about myself to help others that struggle with the same issues,” Bennett wrote. “Growing up I’ve always felt indifferent about my sexuality & being attracted 2 one sex & today I would like to openly come out to my fans. I do recognize myself as a bisexual male & do & have always openly supported the gay community & will keep doing so in 2017. #ThankYou.”

Chance applauded the move, posting, “He’s got God and me behind him.”

In a new interview scheduled to air on Thursday, May 19th at 5PM PST on FOX SOUL, Bennett sits down with Hollywood Unlocked’s Jason Lee to discuss how he found his courage to come out and work to help homeless LGBTQIA+ youth.

In the episode, Taylor and Jason talk representing their community in entertainment and media, Kanye West and cancel culture, trailblazer Lil Nas X and more.

Check out this exclusive clip below:

Head here for more info on how to tune in.