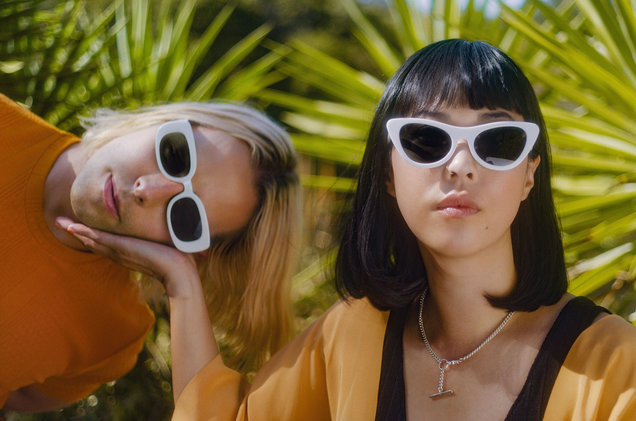 Electropop darlings The Naked And Famous have just released their newest track “Come As You Are,” and in an exciting twist, Queerty readers get to hear it first.

“Come As You Are” marks the latest single off the musical duo’s forthcoming album, Recover, set to hit the web May 8. “Come As You Are” deals with themes of insecurity, loneliness, and feeling like an outcast.

“It started out as a song about how everyone comes into a new relationship with history and baggage, and how you shouldn’t let that stop you from making a connection,” band member Alisa Xayalith told Queerty. “But ultimately it’s about accepting people for who they really are, and recognizing that everyone deserves love.”

Related: What to Watch: Scene-stealing Billy Porter, RuPaul does scripted, and gay love at the dance

Xayalith’s fellow band member Thom Powers echos her remarks. “We want our fans to know how important inclusivity is to us, Whether you’re in the LGBTQ community or an immigrant or in any other marginalized group, this is a safe space for you,” he says. “When it comes to lyrics, we’re most universal when we’re personal. What began as a very personal love-song, became a mission statement. In the past, we’ve been discouraged from taking a social-stance. This song is intended to change that. ‘Come As You Are’ is an anthem for inclusivity. The Naked And Famous are a band that welcomes all fans.”

The release of “Come As You Are” marks the third single off Recover, following the tracks “Bury Us” and “Sunseeker.” Have a listen to the song now!