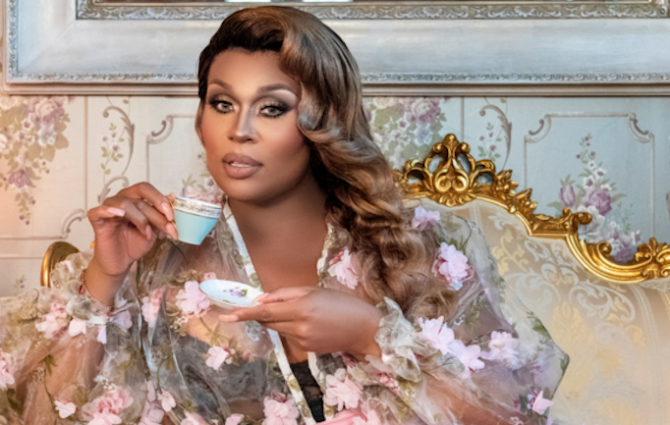 Good things often come in threes, and Peppermint’s latest music project is no exception. Her brand new album Moment of Weakness: Letters To My Lovers drops today, marking the second offering in a trilogy of releases about the three stages of her most recent relationship. We’re thrilled to premiere the live music video for “Broken Home,” featuring Jerome Bell-Bastien.

A trio in her own right, the actress, singer and activist continues to shine brightly after finishing as runner-up on the ninth season of RuPaul’s Drag Race in 2017, becoming the first trans woman to originate a principal musical role on Broadway as “Pythio” in Head Over Heels, and appearing on television in shows like Pose, Harlem, and Schmigadoon!, among others.

Moment of Weakness: Letters To My Lovers highlights the point in a relationship when doubts and resentment start to set in. The track “Broken Home” explores “that moment that you know it’s the beginning of the end,” says Peppermint. The song was recorded live at Joe’s Pub in New York City, and there’s nothing to resent or doubt about Peppermint and Bell-Bastien’s powerful performances.

Watch below, and head here to find the full album: