Leo Baker (he/they) didn’t always think balance was possible. For a while there, the trans skater was certain he’d have to choose between the career he’s always dreamed of and being his authentic self. But in this stirring new Netflix documentary, Baker shows how he was able to take control and enjoy the ride.

Stay On Board: The Leo Baker Story is an intimate and moving glimpse at the athlete’s life at the moment where the personal and the professional came crashing into one another. The film follows Baker’s journey in the lead-up to the Tokyo Olympics in 2020, including his decision to resign from the U.S. Women’s Skateboarding Team and publicly come out as trans.

Related: The queerest things coming to streaming in August 2022

“It was a big fear that I was going to lose everything that I’ve worked literally my whole life for,” he wrote in TIME Magazine at the time. “It’s a scary thing to embark on, though in my circle of family and close friends, everyone has always been supportive. So I decided that whatever happens, I’d just take the loss. The compromise was not worth it. I couldn’t keep putting myself on hold.”

At a time when the debate over trans athletes in sports rages on, The Leo Baker Story is both urgent and affirming, drawing viewers into the skating icon’s world as he grapples with the “intensifying disconnect between how the world sees him and who he knows himself to be.”

By bucking convention, facing his fears, and stepping outside the gendered world of sports, Stay On Board shows how Baker’s courage embodies the true punk spirit of skate culture.

The crowd-pleaser just recently debuted at Outfest in Los Angeles last month, where it was selected as the Audience Award-winner for Best Documentary Feature. And soon, you can see it for yourself, when it begins streaming on Netflix on August 11. 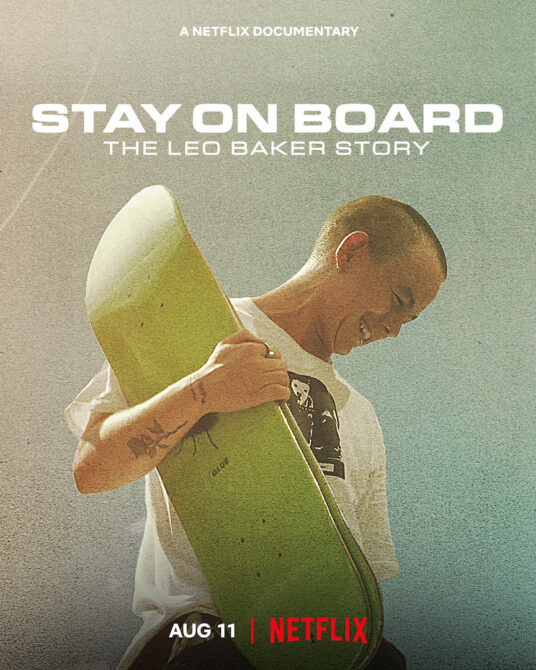 Watch the official first trailer for the film above, debuting exclusively here on Queerty.