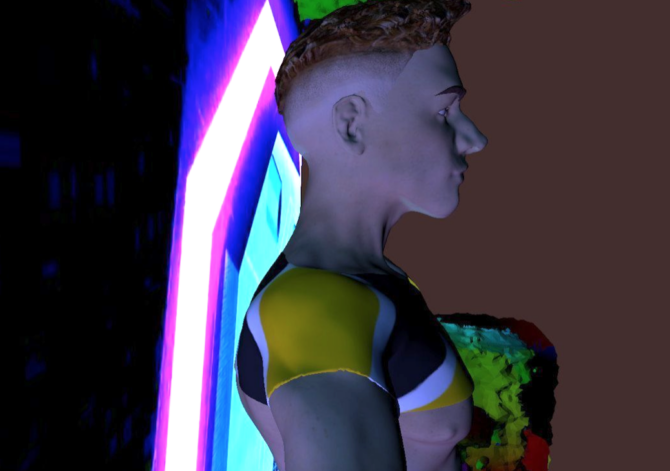 Queer storylines are becoming increasingly common in video games, but it’s still rare for games to be capital-G Gay. So if the prospect of an explicitly gay title makes you want to reach for the nearest joystick, check out this new offering from Melbourne-based Up Multimedia.

The Beat: A Glam Noir Game is an investigative thriller where players take on the role of a closeted gay cop who is investigating a murder in a city’s gay scene.

While tracking down clues over seven days and nights, you’ll explore places like a gay bar and a cruising area rendered with an impressive eye for detail.

Related: The 10 best queer games available on the Nintendo Switch

“The gay bar is this strange other world in which the main character steps,” says game developer Luke Miller. “He’s drawn to it but doesn’t fully understand why. We got permission to go into a real gay pub in Melbourne for our reference photos, so in addition to the main story, what you see in the game is a small window into some actual gay spaces.”

In another video, Miller explains how they designed a cruising beach to resemble Melbourne’s Black Rock Beach.

“Black Rock Beach was a real cruising area that became famous in 1977, when it was discovered that the police were training their most attractive, male officers on how to seduce men, and then sending them undercover to make arrests. The public uproar was one of the factors in homosexuality being largely decriminalized in the state of Victoria in 1980. In the game, the cruising area is an amalgamation of several beaches, but we make sure to include the distinctive geology of Black Rock.”

The Beat is currently available to play via Stream — head to the game’s official website for more info.