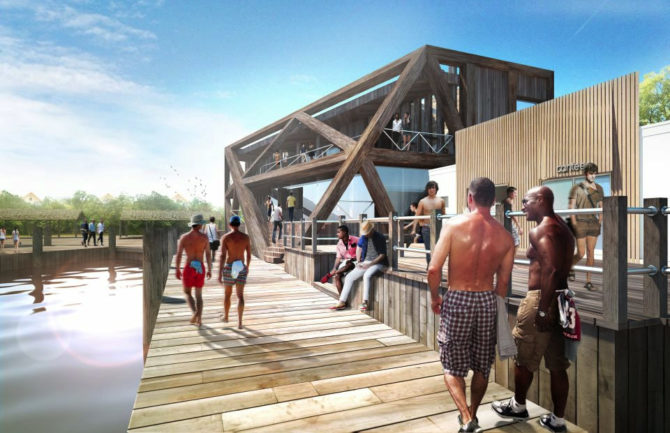 Two young men are blowing the whistle on one of Fire Island’s most popular destinations, accusing management of sexual harassment.

22-year-olds Joe Rapuano-Novella and Dylan Pace allege they were subjected to “a series of dark harassments and assaults” at the hands of their boss, Outpost Pines manager Mario Priola.

In a shocking new interview with the New York Post, Rapuano-Novella talks about how Priola’s “relentless” sexual overtures eventually drove him to quit his job at the Fire Island hotspot.

Related: What goes on during a gay cruise? This sexy new documentary reveals all

Looking back, he says the problem began during the interview process. According to the lawsuit, Rapuano-Novella was “hired on the spot” in the middle of a bizarre Skype interview during which Priola asked him to remove his shirt on camera.

Meanwhile, Pace was asked to report for his interview in Priola’s hot tub, the suit alleges.

After Rapuano-Novella was hired but before he began working, Priola allegedly sent him “inappropriate texts,” telling him “you’re perfect” and asking him to send nude photos. Once he started the job, Rapuano-Novella claims his boss repeatedly asked him to sleep over and “groped his penis.”

In addition, Rapuano-Novella claims he was forced to promote live sex shows, which was never discussed as a part of his job description prior to starting employment.

When he brought his concerns HR, he was told, “there’s nothing they could do.” Even after he showed them the text messages asking for nude photos, and another suggesting “sexual payment,” nothing was ever done.

In a Facebook post, Rapuano-Novella says, “As I sailed away from the island, I knew I could either live with this experience, or fight like hell on behalf of our community to make sure it stops. I’m using my voice.”

The men’s attorney, Paul Liggieri, tells the Post: “The defendants were pulling a ‘Weinstein’ on Fire Island and now I wonder how many more young men will come forward to say #metoo.”