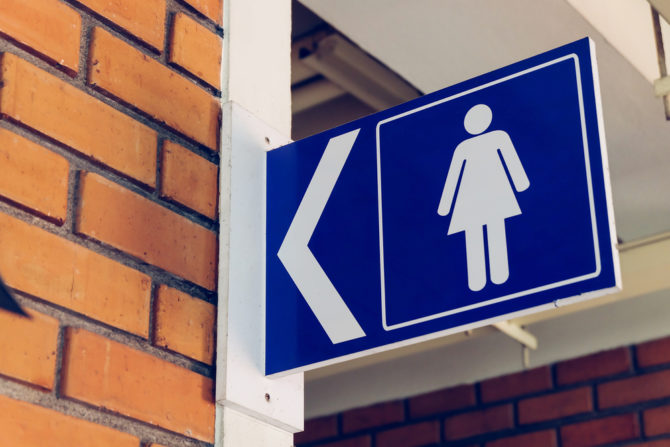 A school district has been temporarily shut down after parents posted horrific messages about a transgender student who used the girls’ bathroom.

The messages were posted to a Facebook group for parents of students in Achille, Oklahoma, and called for 12-year-old Maddie to be castrated and beaten.

If that sounds extreme, it is. Screenshots of the parents’ comments are gaining international attention; their open hostility and violent rhetoric towards a child is incredibly upsetting.

This was all sparked when Maddie, who had been using the staff restroom, used the girls’ restroom just once, on the first day of seventh grade. 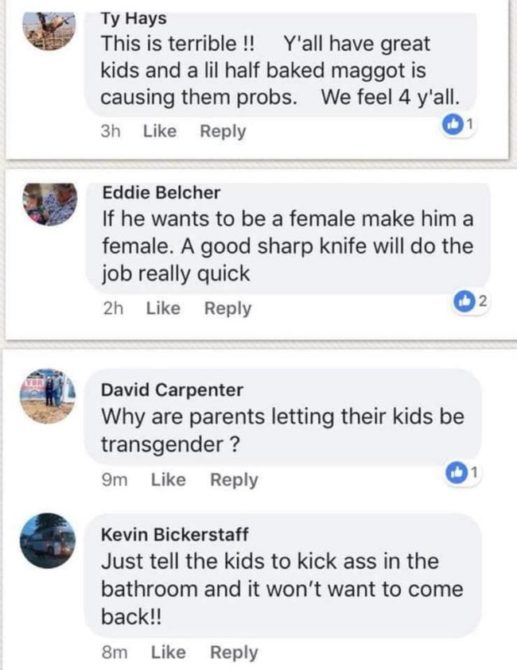 “If he wants to be a female make him a female,” wrote Eddie Belcher, adding, “a good sharp knife will do the job really quick.” That reprehensible remark was liked twice.

Kevin Bickerstaff called for the student to be physically attacked, while also referring to her as “it”: “Just tell the kids to kick ass in the bathroom and it won’t want to come back!!”

Another parent, Seth Shelbie Cooper, echoed the violent threat, apparently bringing his own child into the mix by suggesting he attack Maddie. Sixteen people either liked or laughed at the troubling comment. 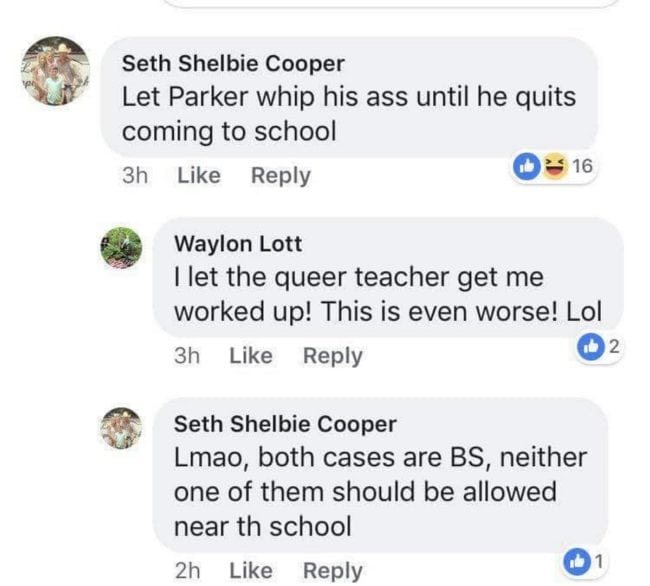 Elsewhere on the page, Ty Hayes seemed delighted at the idea of calling a 12-year-old “this thing.” 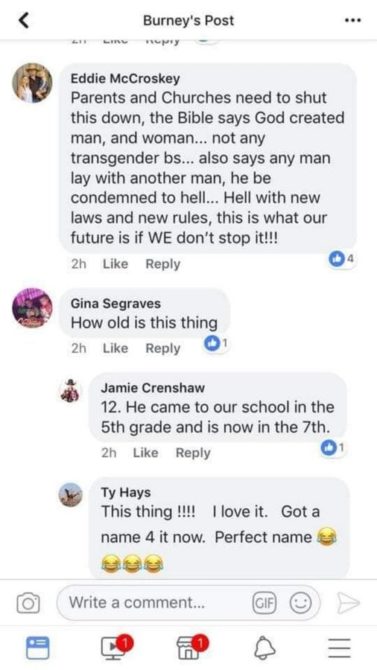 Maddie’s mother Brandy told local news that Maddie “hadn’t been told where the staff bathroom was.”

“Before she was able to be told, she had to pee, so she used the girls’ bathroom one single time.”

When Brandy discovered all the above comments on Facebook, she feared for her and Maddie’s safety. They no longer sleep at home.

“That’s a threat against her life – that’s scary,” she said.

“These are adults making threats – I don’t understand it.”

Brandy added: “She’s an awesome kid. To see any fear in her – I can’t explain how bad that hurts me.”

Achille ISD Superintendent Rick Beene told Them: “We are putting in extra measures to help safeguard our students.

“We appreciate all the concern for our Achille students. Our school is shut down until Wednesday for safety precautions.

“While I will not go into specifics, we have increased security.

“Achille Public Schools and administration believe everyone should receive a safe and free education,” he added.