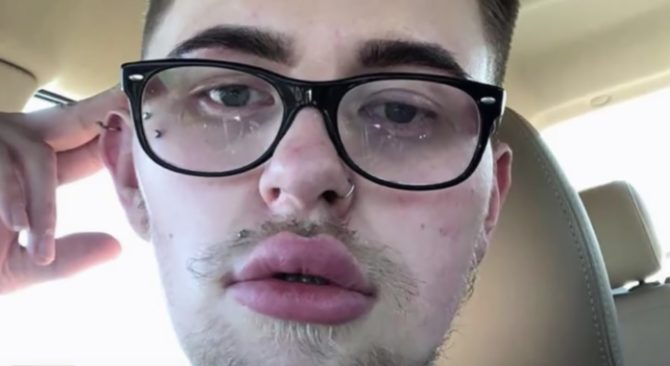 A man who says he engaged in a 10-month affair with convicted killer Chris Watts has opened up about details of the relationship.

Trent Bolte, 29, spoke to Inside Edition, claiming to have met Watts on the dating app MeetMe in 2017.

“He said he didn’t know if he was bisexual or gay,” Bolte said. He also remembers Watts disclosing that he had a family, but suggested he was estranged from his wife, Shan’ann, whom he would later kill along with their two daughters.

In August, just after Watts’ arrest, Bolte called in anonymously to Ashleigh Banfield’s “Crime & Justice” on HLN to discuss the affair.

“You never really know what someone is capable of and the way he portrayed himself as the victim and made me feel sympathy for him,” he said at the time. “Sociopaths can easily lead to different lives and different emotions.”

Now he’s come forward with more details, some of which are disturbingly mundane.

The two allegedly enjoyed watching Netflix together — “I got him into ‘Orange Is the New Black,'” Bolte said.

He added that Watts paid for him to have cosmetic work done, like lip injections and Botox.

When Bolte eventually found out that Watts was still living with his family, he confronted him.

“I said, ‘Why don’t you just file for divorce?’ He said, ‘I’m just worried that she won’t let me see the girls,'” Bolte recalled.

Looking back, Bolte says there were some red flag moments, but he could never have expected what was to come.

On one instance, Bolte remembers hearing Shan’ann shouting at Watts on the phone, then Watts saying: “There’s gotta be some way to get this effing b*tch out of my life.”

Just days before the murder, Bolte says he received a text message from Watts, whom he’d parted ways with in May 2018.

“Chris said that he was in love with me,” Bolte said. “He said he had never been so comfortable with someone. He said he felt like he could actually be himself around me.”

“I got ill,” Bolte said after he saw the news of Watts’ arrest shortly after. “I wish I had never met him.”

Watts was sentenced to five life sentences in November.