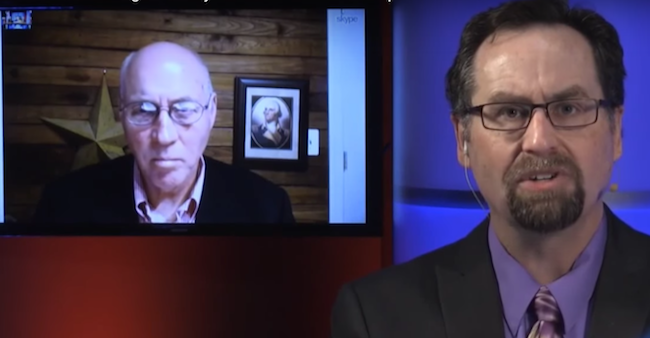 Gay witches are notorious for their wild ways. They lay dormant for months amid their bubbling beakers and giggling rodents before finding a way to infiltrate the mainstream, spreading their black mischief hither and yon throughout the town square and winding glen.

Although their best work is done cloaked in shadow and secret, Family Research Council senior fellow Robert Maginnis wants these pestilent powerhouses to know he’s onto their Crowley-worshipping, chaos-magickian ways, and will no longer tolerate their mayhem, music, and mass-disturbation. Enough is enough, charlatans.

You see, Maginnis does not fear the gay wizards peppered liberally throughout America, and he lets them know as much on a recent broadcast of SkyWatch TV, where he recently made an appearance to discuss “the occult influence on D.C. elites.”

We’re sure the witches watched the broadcast enrapt.

Related: A Coven Of Queer Witches Have Placed A Hex On Pharma-Bro Martin Shkreli

Right Wing Watch reports Maginnis won’t take this jet-black magic lying down: He warns the world that even well-meaning people who go to Washington D.C. may unwittingly fall victim to the evil forces dominating the town. In short, beware the twin dangers of witchcraft and homosexuality.

This isn’t the first time Maginnis rambled on and on about witches and wizards like the kid they always beat up in your junior high school.

He previously said witches “advise the senior leadership of the country” and strongly advised viewers to pray for Trump so that he wouldn’t yield to the corrupting of that sweet, sweet black magic.

To be clear, this is the guy who claims he’s afraid of evil wizards: 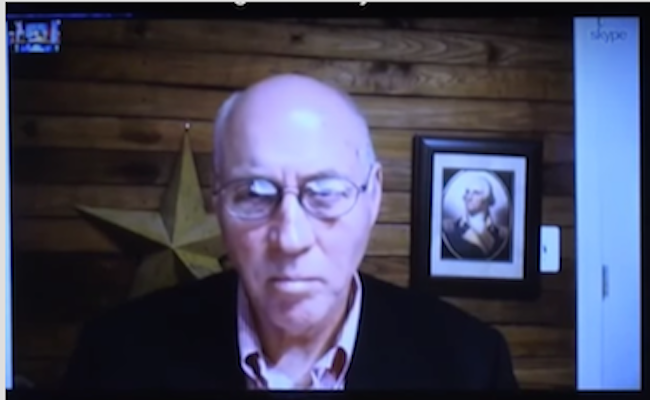 Watch the terrifying report below: