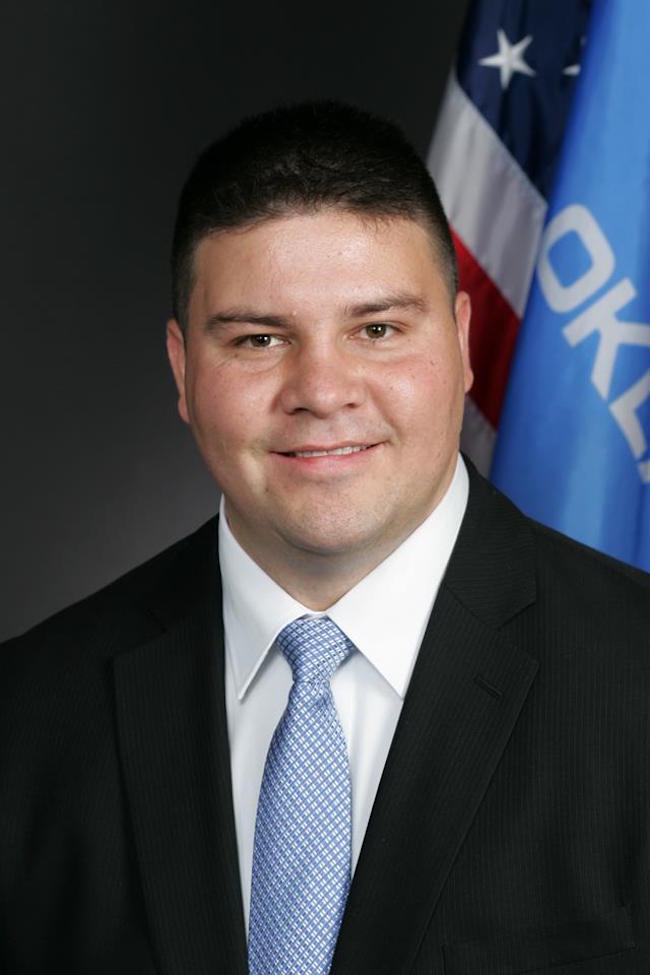 On Wednesday, we reported police in Moore, Oklahoma were investigating why state Sen. Ralph Shortey was hanging out in a hotel room last Thursday with a teenage boy.

According to The Oklahoman, a text exchange between Shortey and the teen are central to the investigation.

Police were first tipped off by concerned relatives of the unnamed teen.

The NY Daily News reports Shortey — who was “a leader in President Trump’s Oklahoma primary campaign” — is now being charged with “soliciting a minor for prostitution, prostitution within 1000 feet of a church and transporting someone for prostitution.”

It’s still unclear exactly how old the boy is. Authorities are referring to him as a juvenile, although the age of consent in Oklahoma is 16.

According to the NY Daily News:

The Oklahoma State Senate punished Shortey on Wednesday afternoon, stripping his committee memberships, kicking him out of his capitol office and making him return his state computer.

First elected in 2010, Shortey (R-Oklahoma City) has been married to his high school sweetheart since ’02.

On Tuesday, Lt. Kyle Dudley to The Oklahoman:

“On March 9 … officers of the Moore Police Department were contacted in reference to a welfare check at a local hotel.”

“Responding officers found a juvenile male in a hotel room which was also occupied by an adult male. The circumstances surrounding this incident are currently under investigation and no additional information can be released at this time.”

Shortey has proven to be a controversial figure during his time in Senate. Most recently, he infuriated voters by proposing that approved drug laws be undone at the polls in November.

Earlier this year, he advised former state Rep. Dan Kirby, R-Tulsa while embroiled in a sexual harassment scandal at the Capitol. Kirby later resigned after a House investigative committee “commended his expulsion.”