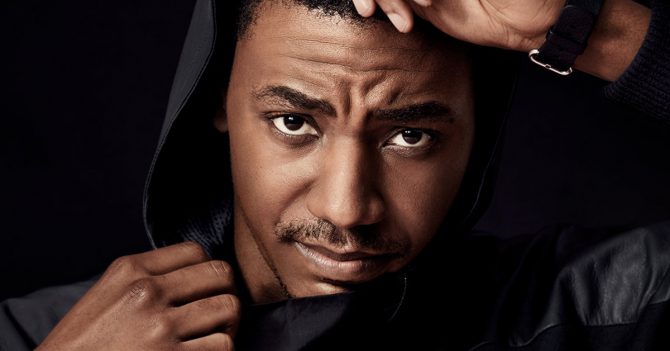 In the episode, 31-year-old Carmichael returns home to North Carolina, where he sits down with his mother, Cynthia, for an intimate chat.

After talking to his mom about her husband’s repeated affairs, Carmichael asks if she’s ever found herself attracted to women.

When she tells her son no, Carmichael reveals, “I’ve hooked up with dudes before.”

To which his mother casually replies, “Well, OK. That’s your option. I like men.”

The conversation ends there, and there is no further discussion about how exactly Carmichael labels his sexuality.

Still, Twitter has had a lot to say about the whole thing.

Jerrod Carmichael has had sex with men before? pic.twitter.com/6nLNcHSj5E

??Gave the mic to black women

??Told his mother she's beautiful and doesn't have to stay with his dad after rampantly cheating

I liked him already but I might have to stan pic.twitter.com/lXCV1O6hww

Jus watched that jerrod Carmichael show and he def told his mom he hooked up with dudes before hahaha she was like “well thats ya option” ???

I think I just heard Jerrod Carmichael come out the closet. I’m not gonna tell you which part to skip to because you need to watch the whole thing. It’s a 30 minute show on HBO by Jerrod called ‘Home Videos.’ When you get home tonight push play. #HomeVideosHBO #JerrodCarmichael

So Jerrod Carmichael is gay????

He said it so matter of fact. And his moms response was like “I’m not surprised” ?

Prior to Home Videos, Carmichael created and starred in the sitcom The Carmichael Show, which aired for three seasons on NBC.

He has also filmed two stand-up specials, and appeared in a handful of blockbuster films, including 2014’s blockbuster hit Neighbors and its 2016 sequel as well as 2017’s Transformers: The Last Knight.

Watch the promos for Home Videos below.