Colton Underwood invited fans to ask him questions over Instagram to pass the time whilst he was on a flight over the weekend… but he quickly shut down any inquiries that got a little too personal.

Underwood, 29, who shot to fame on The Bachelor, came out as gay last month.

One Instagrammer asked him, “How many guys have you done things with?”

“Let me vent for a second,” responded Underwood. “Questions like this are inappropriate. I understand you might know me from the bachelor where I shared a lot about my personal life. I have set boundaries and I’m respecting myself in a way that will lead me to a healthier life.” 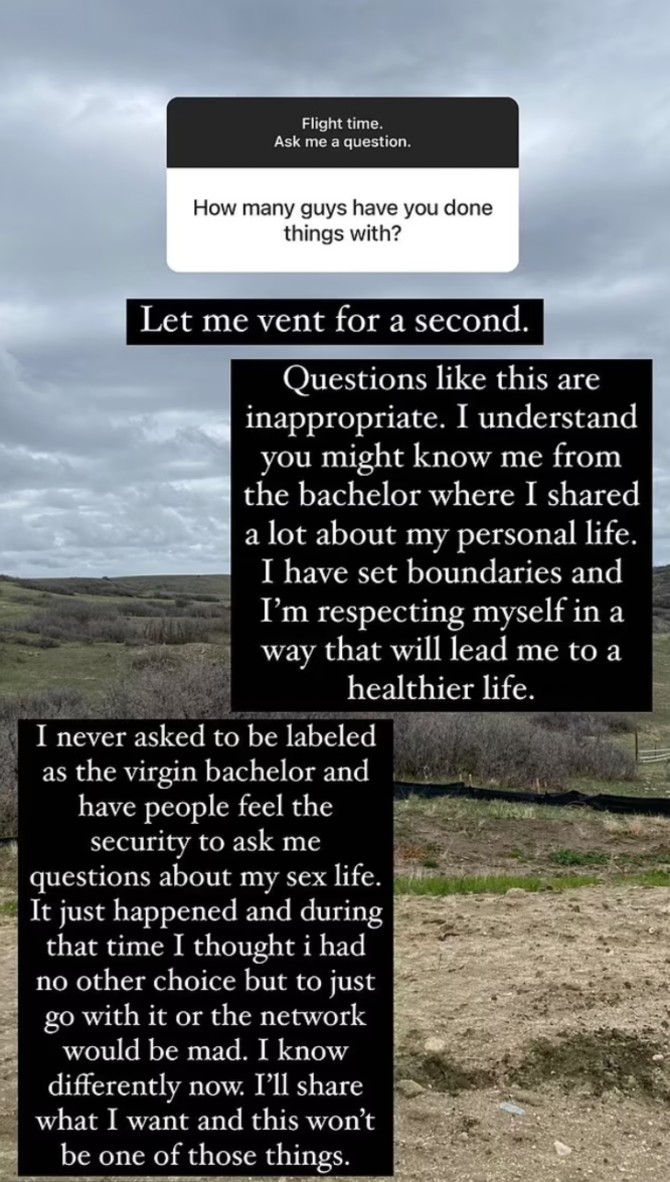 He continued, “’I never asked to be labeled as the virgin bachelor and have people feel the security to ask me questions about my sex life. It just happened and during that time I thought I had no other choice but to just go with it the network would be mad.

“I know differently now. I’ll share what I want and this won’t be one of those things.” 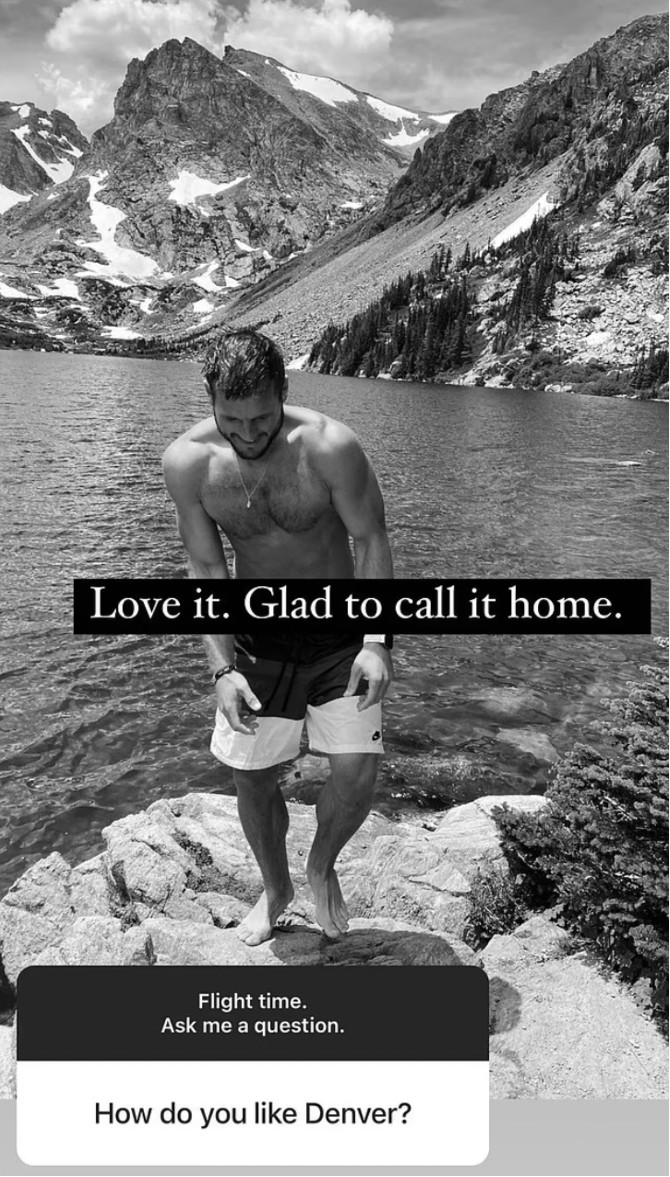 Instead, Underwood was happy to answer less intimate questions. Others asked him about his life in Denver. He said he “loved” the area and was “glad to call it home.” 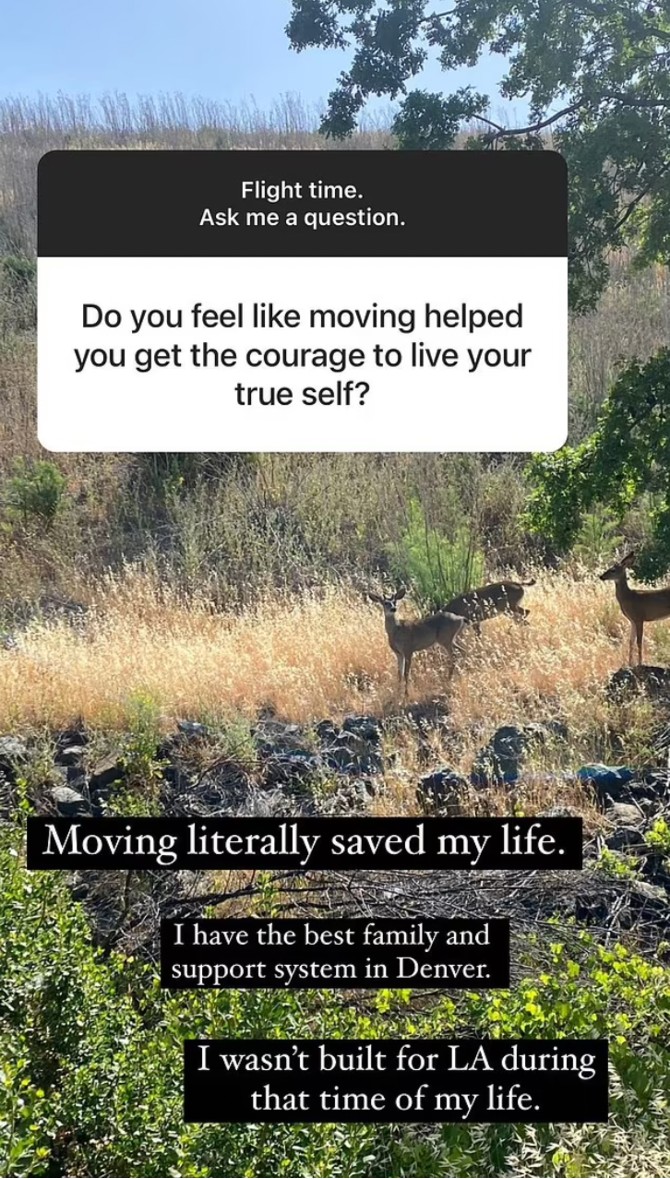 Another asked if relocating to Denver from Los Angeles had helped him to be his true self. He responded, “Moving literally saved my life.

“I have the best family support system in Denver. I wasn’t built for LA during that time in my life.”

Underwood came out in an interview with Robin Roberts on Good Morning America on April 14.

It prompted a mixed reaction. It emerged on the same day that Underwood had already inked a deal with Netflix to feature in a documentary series about his coming out journey (in the same Q&A on Instagram this weekend, Underwood said the series is likely to drop “Fall 2021”). This prompted criticism from some that he had monetized his coming out. 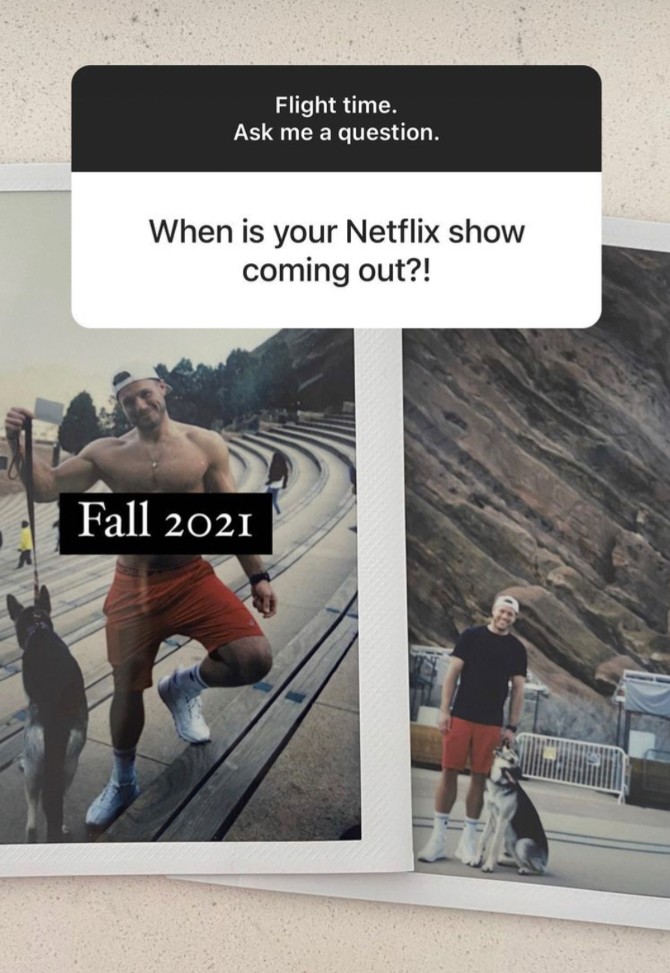 Others also pointed to the fact his ex-girlfriend, Cassie Randolph, who he met on The Bachelor, took out a restraining order against him last September, alleging he stalked her. The order was dropped last November after the two reached an agreement addressing Randolph’s concerns.

Last week, in an exclusive interview with Variety, Underwood revealed that his coming out had been partly prompted by a blackmail threat. He said he’d been seen at a gay men’s spa in Los Angeles. Someone subsequently contacted him and said they had naked photos of him at the venue.

Related: Colton Underwood only came out after being blackmailed for visiting gay spa

In the same interview, he said he “did experiment with men” before his appearance on The Batchelorette in 2018, but that these experiences were “not sex.”

“When I say hookups, not sex. I want to make that very clear that I did not have sex with a man, prior to that.”