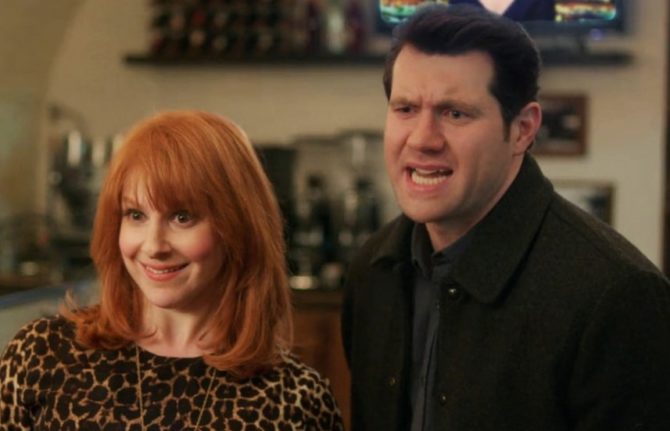 First Sense8, and now this?!

Billy Eichner and Julie Klausner’s Hulu series Difficult People features one of the most diverse casts on the small screen.

But now it features no cast at all because, for some unfathomable reason, the streaming service decided to cancel it after three seasons.

They were just getting warmed up!

Eichner and Shakina Nayfack, who played one of Billy’s coworkers (the infamous “trans 9/11 truther”), addressed the news on Twitter:

Yes it's true. DIFFICULT PEOPLE has come to an end. Thanks to many people but above all my friend, @julieklausner. A singular comedic voice & the funniest person I know. I cannot WAIT to see what Julie creates next. Thanks to all of you Difficult People out there who watched.??

Klausner, meanwhile, addressed something else:

My black heart is full of love reading fans’ responses to #DifficultPeople ending. THANK YOU. It was an honor and the best time of my life.

Related: ‘Difficult People’ has been making Kevin Spacey jokes for years. Here are all of them.

As a fitting memorial to the show, fans on Twitter are being, for lack of a better word, difficult.

It’s like @hulu changed the channel and the whole internet is yelling, “Hey! I was WATCHING that!!!” I refuse to accept this. https://t.co/OUj7dWAAmd

@DifficultOnHulu this was the best show I’ve seen in years, the only show that would make me laugh from the gut. I’m heartbroken that it’s over, but truly grateful I was introduced to characters I’ll love forever. @julieklausner @billyeichner @Shakeenz @iamandreamartin

me finding out Difficult People is canceled pic.twitter.com/Tb7UfVc5FW

I still refuse to believe #DifficultPeople is over but someone please give @Shakeenz and @julieklausner EVERYTHING. ? I miss them already.

I swear to gay Jesus’ ghost, if Difficult People doesn’t somehow get a post-Spacey season I am quitting pop culture.