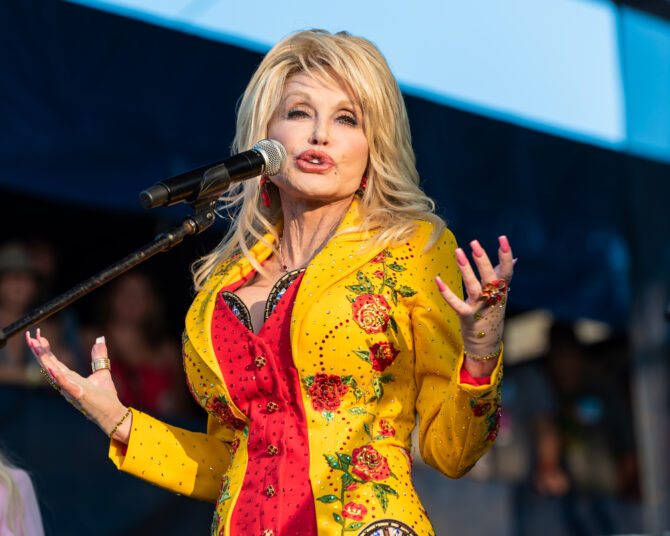 Dolly Parton is saying ‘thanks, but no thanks’ to being nominated for induction into the Rock & Roll Hall of Fame.

Parton is, or rather was, one of seventeen artists up for consideration this year. The country star shared a statement on Monday asking to be taken out of the running:

“Even though I am extremely flattered to be nominated for the Rock & Roll Hall of Fame, I don’t feel that I have earned that right. I really do not want the votes split because of me, so I must respectfully bow out.

“I do hope that the Rock & Roll Hall of Fame will understand and be willing to consider me again – if I’m ever worthy. This has, however, inspired me to put out a hopefully great rock’n’roll album at some point in the future, which I have always wanted to do!”

Many chimed in to respectfully disagree with Parton’s position, but there’s no denying she’s the ultimate class act for showing humility and grace.

That’s very humble, but I respectfully disagree. The Rock Hall of Fame is not hardcore rock and reflects many genres, and it feels like country would benefit greatly from your inclusion. Very magnanimous of you.

Ma’am, if you don’t deserve it, who does? Love your heart.

You deserve it all, Dolly.

Dolly Parton deserves her own Hall of Fame. Not just for her music but also for all of her generosity and kindness. If we had more people like her the world would be a much better place. I love Dolly and I hope that she will reconsider.

Kindness and class. And we will be holding you to that rock album !! 🤘🔥

Oh, Dolly Parton, why are you so divine? Let me count the ways…

How perfectly in keeping with a woman whose goodness is just for its own reward.

Parton, who recently released her new book Run, Rose, Run and its companion album, made headlines in 2020 for helping to battle the Covid-19 pandemic. She donated $1 million of her own money to Vanderbilt University, which went to help the development of the Moderna vaccine.

Last month, the outspoken LGBTQ ally also revealed that her amusement park, Dollywood, will pay 100% of tuition costs, fees, and books for any employee who wants to pursue a higher education.