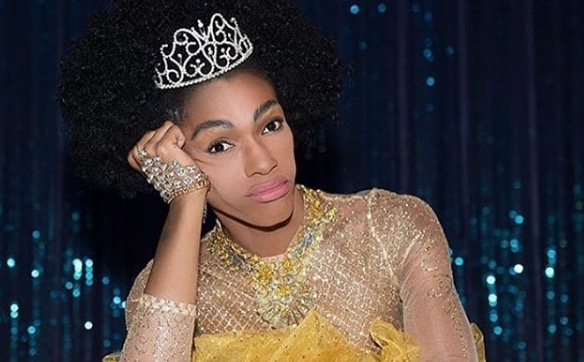 Drama goes hand in hand with a reality show about drag queens, but Thursday’s “Snatch Game” episode of RuPaul’s Drag Race and the accompanying Untucked were particularly brimming in the conflict department.

After some uncomfortable celebrity impersonations (and some standout performances from Aquaria, Monet & Eureka) in the main challenge, the queens were asked who they thought should be sent packing.

While Eureka gave a diplomatic answer (“Asia, because she’s my strongest competition”) The Vixen used her time to lob personal attacks at Eureka.

She told the judges: “I have never seen such a level of unprofessionalism as I have watching Eureka and it baffles me that you guys enjoy her so much. It really has been very difficult working in an environment with her because she takes all the air out of the room.”

The Vixen said: “But you don’t stop trying to be loud or try to stop being too much.”

The other queens on stage then chose The Vixen as their elimination pick, and you can imagine how that went over backstage on Untucked.

Even some of The Vixen’s biggest supporters are having a hard time justifying her behavior towards the other girls.

The Vixen, for her part, has dug her heels in on Twitter after the episode aired:

So Eureka got to defend herself onstage against my 1 vote but I'm wrong for defending myself BACKSTAGE against 4 Votes!?!? This is you America.

Here’s some of the reaction:

There is a difference from defending and attacking, you attacked her character while others wanted to send you home because of your work on the show

So the vixen is complaining because eureka fails to change her loud personality. But when people confront her about being aggressive she says “this is who I am and I’m real” #DragRace pic.twitter.com/uXbbiIWUch

Like Eureka or not, The Vixen attacked her out of insecurities. She said Eureka was childish and unprofessional but the only child I saw on that stage was her. She’s gotta fucking go. #DragRace pic.twitter.com/AqbJwYmxPl

Say what you want about the vixen and eureka’s fight, but the vixen calling Monique the most underprepared was lowkey classist

I'm really dissapointed in @RuPaul for not having a Tyra Banks moment with The Vixen tonight… she was very disrespectful to Eureka on TV. Am I alone?

But there are still plenty on Team Vixen, as there should be. She’s a strong queen with a real messege to deliver:

The shade is real and I am always team @TheVixensworld realest QUEEN OUT HERE !

THE VIXEN SEES THROUGH EUREKA YES THANK YOU

Eureka a few episodes ago: tee hee I pissed off The Vixen on purpose look how mad she got

In the end, The Vixen won the lip sync after Monique gave one of the sloppiset performances in Drag Race history, so this drama will play out for at least another episode.