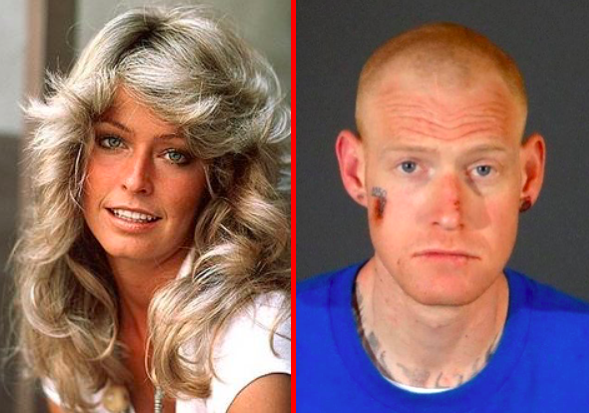 Well, this is this is disturbing.

Redmond O’Neal, the son of the late Farrah Fawcett and Ryan O’Neal, is accused of attacking a man as he was walking down the street in Los Angeles, beating him with a glass bottle while shouting antigay slurs.

At a press conference alongside his lawyer, Gloria Allred, Ken Fox explained that he was minding his own business while walking down the street to his neighborhood landromat back in May when 33-year-old O’Neal approached him. He was carrying a bottle wrapped in a paper bag.

“What are you looking at,” O’Neal allegedly said, before calling Fox an antigay slur.

Next, Fox claims O’Neal charged at him. He bashed Fox in the face with the bottle, breaking his nose and knocking him to the ground. As he lay on the sidewalk, helpless and bleeding, O’Neal continued shouting antigay slurs.

“I felt trapped, like a wounded animal,” Fox recalled. “I literally thought I was going to die. All I could do was scream until he just walked away.”

O’Neal is already facing felony criminal charges after allegedly attacking five men between May 2 and May 5 of this year. In each case, the attacks were unprovoked. Two resulted in the victims being seriously injured, including one man who was found lying in a pool of blood with multiple stab wounds on his face and upper body.

O’Neal, who has a history of substance abuse, has blamed his problems on his parents, his mother’s death, and the impact her passing had on his relationship with his father.