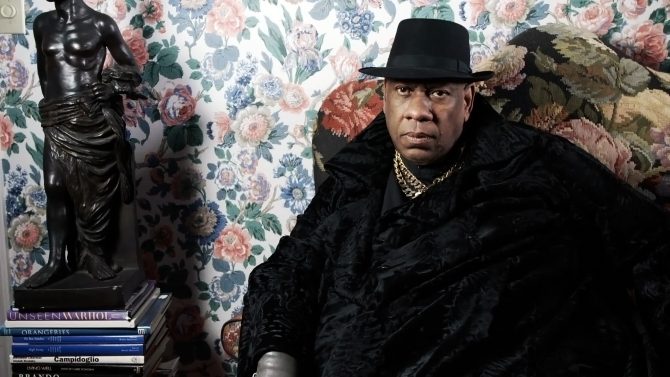 It’s hard to imagine a figure in the world of fashion more beloved that André Leon Talley and the 2018 documentary The Gospel According to André only bolstered that status.

The film, which premiered at last year’s Tribeca Film Festival, is an intimate look at the life and times of the former Vogue editor-at-large. From his humble upbringing in 1960s North Carolina to the heights of the fashion industry, director Kate Novack creates a moving and inspiring portrait of this singular character.

A year later, the film is still warming the hearts of international audiences. “I just came back from Lagos, where the film made its debut in Nigeria at the Arise Fashion Week,” says Talley. “It was shown on the last day and it was absolutely phenomenal. It was extraordinary.”

Here in the U.S., The Gospel According to André was recently released on DVD.

To mark the occasion, Queerty got the opportunity to receive the gospel directly from the Notorious ALT himself.

The film has been out for a while now. What has it been like having this intimate portrait out there in the world for people to see?
André Leon Talley: It still has the same impact as it did when it had its debut. People love the film still, even a year out. I was recently at Brown University to screen it for students for their film festival, and it had the same impact on the students at Brown as it did a year ago at Tribeca. The film endures. The impact of the film endures and the emotional response that it gives to me endures; it’s the same response that I had when I first saw the film at the Tribeca Film Festival.

You are candid about your life in the film. Is there anything you regret putting out there for the world to see?
Oh, no! No no no regrets whatsoever! No, absolutely not. I wouldn’t have gone into the project with [director Kate Novack] without knowing that she would handle my life correctly. I trusted her creativity and her sensitivity to direct the film in the way that it was. And it has impacted on people who see the film, people from all walks of life. No, I don’t regret anything about the film.

I have to say, it is very moving, in the film and in interviews, to hear you talk about never having had a romantic relationship. Are there lessons you want people to take away from that aspect of your story?
It’s a story that is authentic. The trajectory of my life and career has been one that hopefully is exceptional, and that’s just one thread in the tapestry. People will respond to it whichever way they wish. I have no remorse about having that revealed in the film. It’s part of my life, it’s part of my honesty. 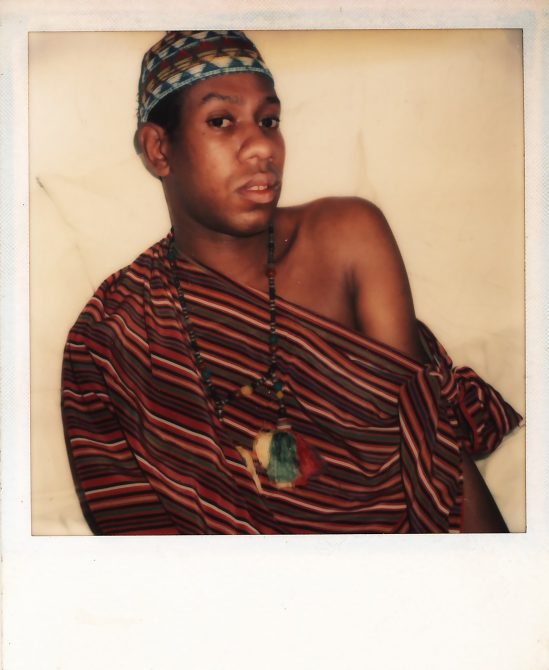 You’ve said that you exist in a “gilt hell.” Tell me about what brings you joy at this point in your life.
Well, the same things that brought me joy a year ago bring me joy today. The wonderful relationships I can have with people, communication and awareness of people. The awareness of humanity brings me joy. Meeting people, as I met in Lagos, Nigeria, at the Arise Fashion Week. Those things bring me joy. Joy comes in many, many ways. It comes through attending Sunday church services in Lagos, Nigeria—which was my first time in Africa. The joy of the services, the joy of the music, the joy of the dignity of the Nigerian people.

That was a great moment of joy for me, as well as, a week before, attending Tina Brown’s Women in the World Summit, being able to speak at that summit. Women who are very empowered in their careers and their iconic personalities. This is the joy I receive from the world: it’s through people, through their own trajectories, their own stories. And sharing my story was a part of that. I see the joy in nature, in spring, in Naomi Campbell, who invited me to Lagos, Nigeria. It’s just a part of living, experiencing the world.

I may live in a gold-plated hell because that is part of my journey. My career has been something that I really, really value. This year I lost a great many people. I lost Karl Lagerfeld, a great friend. I lost Lee Radziwill, a great friend—both in the same week. And I lost Sir John Richardson. So, in the gold-plated hell are moments of great, great spiritual wonderment, in terms of my friendships. These things sustain me, the memory of those friendships and what they gave to me in their lifetimes.

You’ve also been very candid about your struggles with your weight. I think attitudes toward different types of bodies are changing, and you hear writers like Lindy West. Has that phenomenon changed the way you think about your body and your weight at all?
Well, I don’t think about my body and my weight in the same way other people do. I don’t think of body shaming. You can’t shame me. I’m aware of my weight and the way the world might perceive it. But I see people respond to me not because of the size I am. They respond to me because of who I am. That is what I give as part of my inner soul, my self-regard. I know that my weight is an issue. The most important thing is that I’m mindful of it and try to eat mindfully every day, to maintain what I hope would be healthy—although sometimes I fail at it. But I go to the doctor, and my weight certainly is an issue. It is, definitely, and it has been all my life. I have not been able to overcome that huge, huge mountain. But I don’t let it affect me. It does not affect my life, it does not make me unhappy. I tackle it the way that I can. It is a part of me, but I am not a victim of my weight. I’m not someone who sits around depressed about my weight. 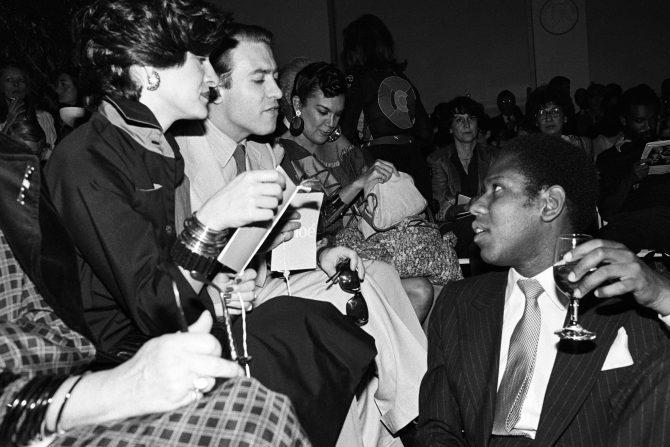 You’ve worked in fashion magazines for decades. We’re now at a very uncertain moment for the magazine industry in general. What do you think the future of fashion magazines will be like?
I don’t understand why everybody asks that question, if there’s a future of fashion magazine. The current status of the fashion magazine is: alive and well! Thriving and going forward! There’s Edward Enninful at British Vogue, Anna Wintour at American Vogue. Fashion magazines are existing. There are new kinds of magazines. There are new formats for magazines. And I think that the future of magazines is always going to be there. As long as people have to get up and wear clothes, people want to have arresting visual material that they can look to for information or for inspiration or for escapism. It will be there whether it’s online or in print form, digital form or whatever. 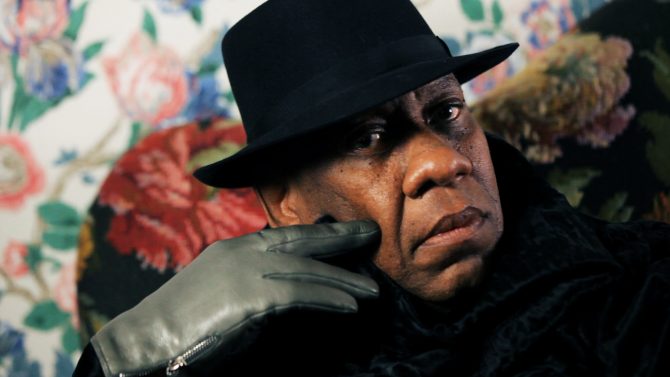 The documentary also devotes some time to your reaction to the election of Donald Trump. Going into the 2020 campaign, are you particularly excited about any of the democratic candidates?
I’m interested in all 20 people who are running for the presidency from the Democratic party, including Mr. Joe Biden and Kamala Harris and Mr. [Cory] Booker and the man from…Mr. [Pete] Buttigieg. All of them. I’m interested in all 20. All 20 of them are exciting and have wonderful things to offer. I haven’t quite made up my mind yet, but it’s a very exciting thing that there are 20 diverse people running for the first time in the history of our country.

Just the fact that there are 20 of them is mind-boggling, right?
It’s not mind-boggling. It’s the future. It’s hopeful. There’s hope! There is hope in these 20 people who are running.

In America in particular, there’s such a focus on economic inequality and the excesses of elites. Do you think that focus has any implications for the fashion industry?
The fashion industry is not perceived, in my world, as a totally elite world. There is affordable fashion. One of my favorite designers is Norma Kamali, whose clothes are affordable to many women. There is Zara, there is H&M all over the world. These kinds of outlets create a kind of exciting fashion. People shop at Uniqlo. Fashion is not elitist. It once was. It trickled down from the aristocrats. Fashion is now for everyone. Fashion is democratic. There is no such thing as “fashion is elitist.” Today you can find the best fashion in a place like Uniqlo or H&M. I once had a pair of fabulous gloves from H&M that cost $10.

And by the way, the world of high fashion is so aware of issues today in the world. Diversity, economy, and sustainability. Gucci, for one, is very aware of diversity. They’re constantly trying to grow and learn, to reach out to the world to make it a much more viable thing.

The idea of fashion as an elite industry is very, very defunct and old. It used to be that fashion was elite, when fashion came only from the couturiers in Paris. Now fashion comes from everywhere. You can be a very fashionable influencer with your blog and your own point of view. Fashion is everywhere. Fashion is on every level. Economic inequality is part of today’s world, but fashion addresses economic inequality through providing affordable clothes to people who have great style. A pair of Converse sneakers are still very much desired and that is not an elite product. You can buy a pair of Balenciaga sneakers for $2000. Well, that’s where fashion is correct: you have the choice of being fashionable at $20 as well as $2000. 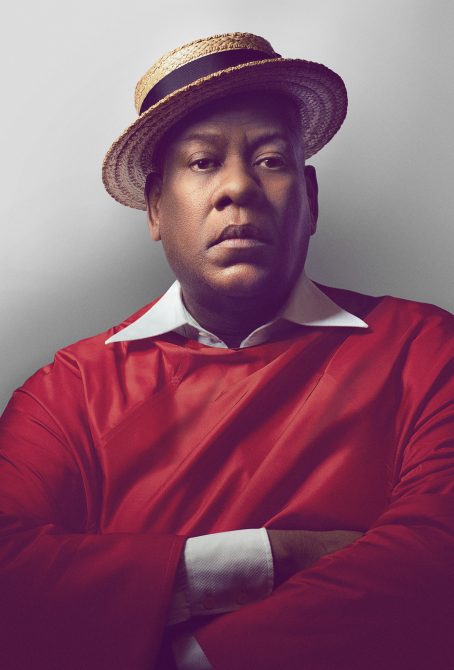 I was thinking recently about all the different ways people think about clothes. For some people, clothing is armor; for others, it’s a disguise; for others, it’s merely functional. The same garment can make one person feel fearless, invincible and another ridiculous and exposed. I wonder if you think there are right and wrong attitudes toward clothes.
Not at all. There’s no wrong, no right. The client is always right. Whatever suits you, whatever makes you feel confident, whatever makes you feel right, that is correct. There is no right answer, there is no solution to how a wearable garment makes someone feel. And anyone can feel fabulous. A woman can feel fabulous with a great tube of lipstick, a great nail polish. If this person feels uncomfortable wearing that, that’s a personal point of view. Every choice is correct.

Clothes are also gender signifiers. How do you see this generation of young people who understand gender to be a spectrum rather than a binary choice influencing fashion?
It’s a great evolution in fashion. It’s a great influence on fashion and it gives a great perspective to fashion in 2019. It’s brilliant and wonderful.