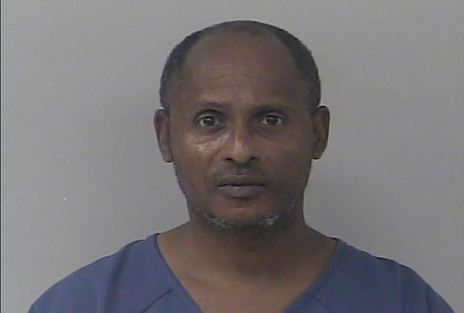 A Florida man was arrested for driving his son to a local park so the teen could have sex, The Smoking Gun reports.

To be clear: The father wasn’t having sex with his son; he was acting as his chauffeur. Sorta like a soccer mom driving her kid to practice.

According to police reports, an officer was called to investigate a Toyota that was parked after hours outside the McChesney Park in Port St. Lucie, Florida on September 6.

When the officer approached the vehicle, he found 53-year-old Laurence Mitchell sitting in the driver’s seat. When asked what he was doing there, Mitchell replied that he had just dropped off his son and his friend so they could “do their thang” in the woods.

When asked to clarify what he meant by that, Mitchell told the officer, “Well, they aren’t out there stealing. They are just having sex.”

The teenagers eventually returned to the car. When the officer asked what they had been up to, Mitchell’s son nonchalantly replied, “We were just smokin’ and f*ckin’.”

When asked if Mitchell knew what the two were doing, the son’s partner shrugged and said, “Well, I mean, he drove us out here. But I don’t know.”

That’s when the officer read Mitchell his Miranda Rights and carted him off to jail, where he was released on $750 bond.

Mitchell was charged a misdemeanor count for contributing in the delinquency of a minor. His arraignment hearing is scheduled for September 25.

Related: Man sues police after being falsely accused and arrested for cruising