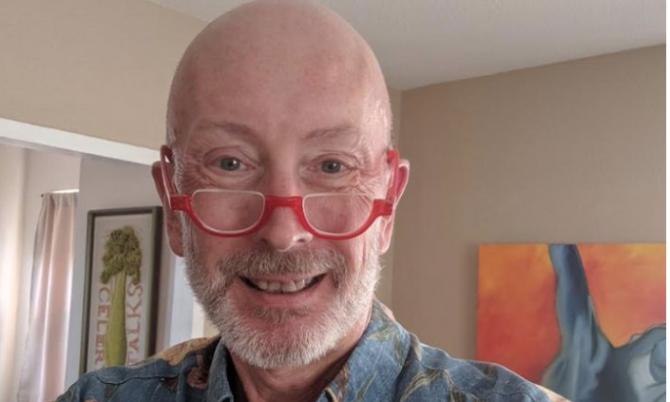 Jake McPherson (above) has opened up about what it was like to be disowned by his father for being gay…at 56 years old.

McPherson, now 57, always knew his dad held staunchly antigay views, but he still wasn’t prepared for the phone call he received from his 90-year-old dad in January of this year.

In an op-ed for HuffPo, he recalls: “When I answered, he told me, ‘It’s about this homosexuality. Your mother and I can’t condone that. You are not to contact us in any way ever again.'”

“My heart was pounding harder than I imagined was possible,” McPherson continues. “My vision blurred. I felt like I was being physically attacked. Before the call ended, my father added, ‘Am I making myself perfectly clear?’ I told him he was and hung up.”

As a kid, McPherson remembers being acutely aware of his father’s homophobia, like his dad’s unwavering support for ’70s singer-turned-antigay-activist Anita Bryant. So he retreated into the closet and did his best to conform. He married a woman, had two children, and tried to shut out his truth with alcohol.

But when he was 35, McPherson decided it was time to be honest with himself and his wife. She responded lovingly throughout their separation, and he “began the work of cleaning up [his] messy life.” They decided not to tell the kids until they were older.

Three years later, McPherson came out to his mother, and assumed she told his father. His relationship with his parents remained stable, and life went on. McPherson now believes that his father only found out recently, on Facebook of all places.

And while that phone call was a blow unlike any other, McPherson writes that he’s also been amazed at the love and support he’s received since from his friends and family.

“Ultimately, my children have been the key to beginning to heal,” he writes. “This experience has made it clear that I have a relationship with each of them that cannot be broken by anything my parents have done or may do in the future.”