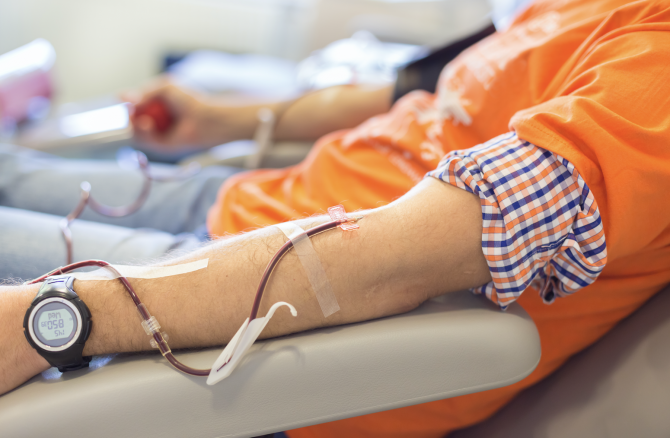 The Food and Drug Administration, citing an “urgent need for blood,” has eased restrictions on gay men. A bit.

Men who have had sex with other men within 12 months could not donate under the previous rule. Now that widow has been shortened to 3 months.

Restrictions on gay blood donors were initially put in place in 1983 in response to the AIDS crisis. At that time, a lifetime ban was placed on any man who had ever had sex with another man. In 2015, the rule was replaced by the 12 moth window.

Related: Five Reasons Why Homophobia Is The Only Possible Reason The FDA Won’t Change Its Ban On Gay Blood Donors

Surgeon General Jerome Adams said Thursday that it’s “critically important” for HIV+ people not to give blood, but said the new rule is more in line with the time it takes to observe HIV in recently infected people.

“These changes are based on the best science that we have today regarding the time that it takes to test positive for HIV,” he told reporters, saying the change would help to reduce stigma and increase the donor pool.

Earlier this week, GLAAD President and CEO Sarah Kate Ellis called for the “antiquated ban” to be “immediately lifted.”

“The FDA cannot let an outdated and discriminatory ban on blood donations from gay and bi men get in the way of potentially life-saving treatment for the country’s painful current health crisis,” she said.

Related: The FDA said he couldn’t give blood because he’s gay… so he donated a kidney in protest

“Gay and bi men who have recovered from COVID-19 and want to donate plasma, or who want to help contribute to a nationwide shortage of blood, are banned from doing so as a result of the FDA. Continuing to enforce this antiquated policy is dangerous, irresponsible, and flies in the face of recommendations from medical experts.”

The Human Right Campaign put out this statement in response to the change:

“While this change by the FDA is a step in the right direction, it still bases itself in bias rather than science. Creating policy based on identity as opposed to risk is irrational and given the current COVID-19 crisis, it is more critical than ever to prioritize science and facts over fear and bias.”