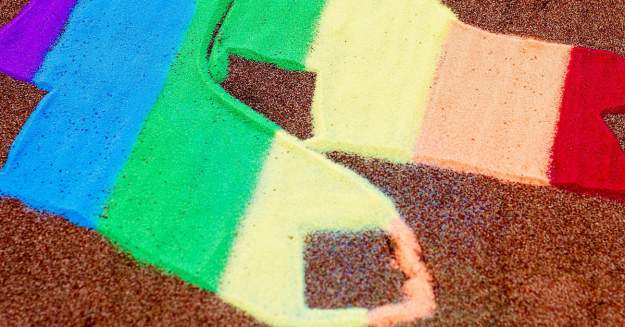 Well not everyone thought so. A mob of homophobic snowflakes felt left out and quickly took to Twitter to express their disapproval…

Barfapalooza. Get politics out of sports.

Is this really necessary?

Not necessary. Nothing to be proud of here Red Sox. We don’t need rainbows on the pitchers mound.. what’s next rainbow uniforms? Rainbow home plate? Rainbow monster?

Some went so far as to demand a “Straight Pride Night”…

So we get a straight pride and acceptance night? Have to be equal and fair after all.

When is Straight Pride month? This is discrimination at its finest. Why can’t we be proud of following God’s Laws?

Others mentioned how Lord Jesus Christ would be very displeased…

What is wrong with these people? Why are we celebrating what God calls an abomination?

Disgusting ! Nice to see my favourite team conforming to the sin of the world. No more Red Sox for my family !!

As a proud Red Sox fan since 1897 I can’t believe they are doing this! My children are at this game! I don’t want them exposed to this kind of degeneracy!

Of course, there were plenty more people who expressed support of the Sox and told the homophobic haters to have a seat.

It’s literally for one night. Y’all can calm down

Related: A simple 4-word text sent by a dad to his gay teen from a baseball game speaks volumes