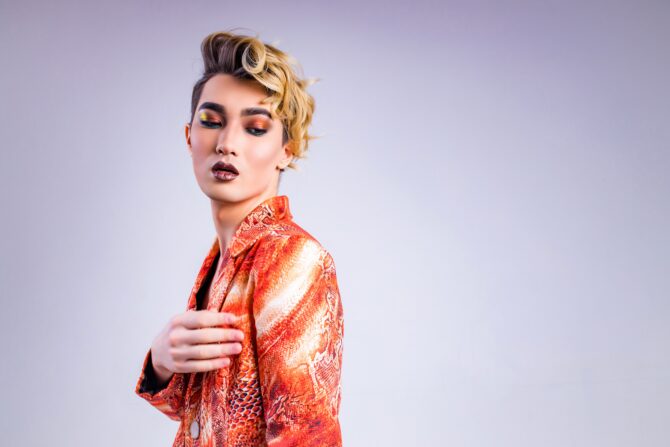 There’s a common misconception that pride flags only represent an individual’s sexual preferences. However, anyone who doesn’t fall into the “traditional” definitions of femininity or masculinity can find a pride flag that represents them perfectly. A great example is the femboy flag.

But what is a femboy? And what does their flag symbolize, precisely? Keep reading to find out the answers to these common questions about femboys.

RELATED: What Does The Word “Queer” Mean To You? The Internet Sounds Off…

Before we go into the nitty-gritty details about the femboy flag, it’s vital to lay down the basics, like what a femboy is.

The term “femboy” is defined (by Tumblr and other community-based websites) as “a boy with feminine physical characteristics.” More established sources like the Collins Dictionary include only adolescent males under this definition, while others assert that a femboy can be anyone under 30.

Age aside, most people seem to agree that the chief characteristics of a femboy are femininity and perceived youth. However, this loose definition can be confusing – for example, some mistakenly believe that femboys (a term exclusively used by and for men) are the same as crossdressers or drag queens (who can identify with any gender). 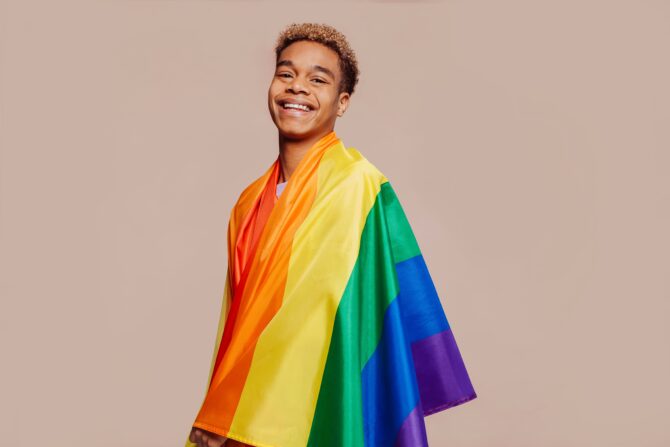 While some femboys may certainly be gay, this doesn’t apply to everyone. After all, being a femboy has nothing to do with one’s sexual preferences or gender. Instead, it is simply a label for men (cis or trans) who take on traditionally feminine characteristics.

Femboy is usually a harmless self-identifier, although it can become a slur when used in specific contexts generally involving a level of willful ignorance.

So, when does femboy become a slur? One example is when a person uses the term to describe a transgender woman. By calling a trans woman a “femboy”, you’d be invalidating their gender identity and affixing ideas of masculinity upon them, despite them being women.

That said, femboy, when used in the proper context, is not a slur. 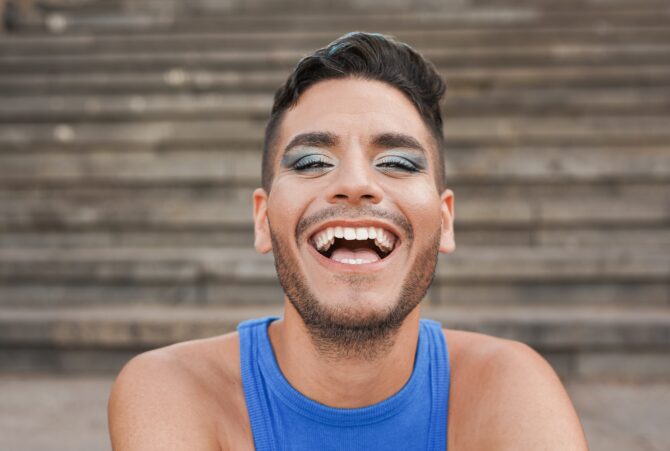 So, now that you understand what a femboy is, let’s take a look at their pride flag. As with many other burgeoning queer communities, there have been many iterations of the femboy flag, with some being more inclusive than others.

Here are the two most popular types of femboy flags currently used online and during Pride.

The seven stripes banner is the most recognizable femboy flag to date, although many people may initially confuse it with the transgender pride flag. This pink, blue, and white banner shares many traits with other flags that represent the concepts of femininity and masculinity, but the color order is what sets it apart.

The outer pink stripes represent femininity, similar to the lesbian flag. These flank the other colored bands because “femininity” is the first thing people see when meeting a femboy. Before going inward to the blue masculine center, the flag has a stark white stripe representing passing and non-binary people.

Combining all the colors in this specific way encapsulates that experience of being a femboy.

A less popular variation of the femboy flag prominently features a mars symbol on top of a pink and white background. This serves the same purpose as the more recognizable striped flag but swaps out the blue center for the mars symbol, which is traditionally used to represent masculinity.

That said, there is some controversy over this specific flag. Some trans individuals have started using this flag to represent their identity, creating confusion around its use. As a result, this flag isn’t often used within the trans and femboy communities. 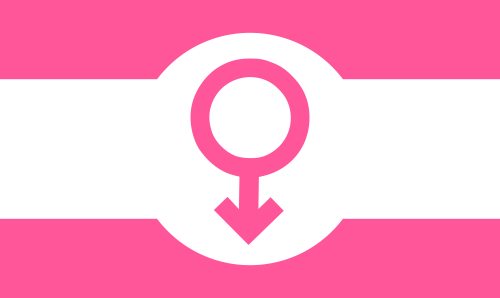 While the femboy community doesn’t have an “official” flag representing their identity, they do have a few options when choosing which banner to hang up in their homes or post on social media profiles. But no matter which you choose, what’s important is being able to live your truth with pride.

RELATED: 7 Albums By Queer Artists We Can’t Wait To Jam Out To This Pride Season