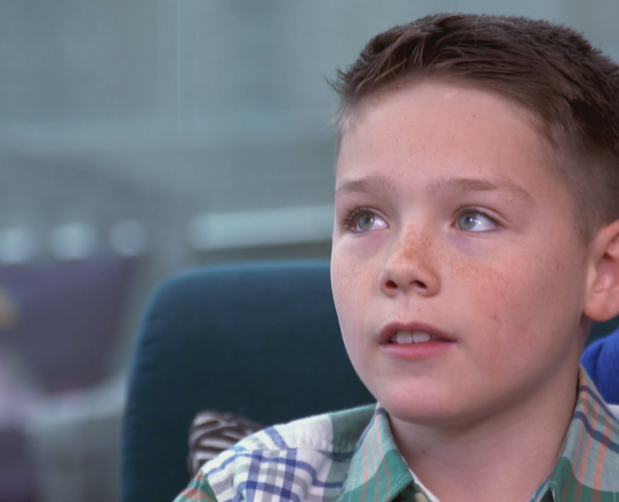 The fifth grader whose teacher told him he shouldn’t be thankful for his two dads because homosexuality is a sin is speaking out for the very first time.

Last month, a substitute teacher from Deerfield Elementary, located about 45 minutes outside Salt Lake City, Utah, was fired after she told 11-year-old Daniel van Amstel that having two dads was “nothing to be thankful for” then asked if he planned on being gay when he grew up.

The incident happened just before Thanksgiving. The teacher, whose name has not been released, had asked students what they were most thankful for this holiday season. When Daniel replied that he was thankful for that his dads would have their final hearing to officially adopt him in December, she looked back at him and said, “Why on Earth would you be thankful about that?” before launching into a homophobic diatribe in front of the whole class.

Now, in an exclusive interview with “CBS This Morning”, Daniel tells co-host Tony Dokoupil he “went red” when his teacher trashed his family like that.

“She first said, ‘Why would you be happy to be adopted by them?’ And that’s when one of the three kids, ones in my class, they stuck up for me and said let’s stop. But she kept going. And she said, ‘Are you going to be gay?'” Daniel explains.

When Dokoupil asks, “What was it like to hear the teacher say that there’s something wrong with them?” Daniel responds, “Honestly, I went red. I didn’t like what she said.”

He continues, “I was very mad. Because it isn’t — it’s not right — nice to insult other families, even if you don’t like them. If you don’t have anything nice to say, don’t say it.”

Asked what he would like to say to the teacher now, Daniel replied, “I would tell her, ‘You should have made better choices in life.'”